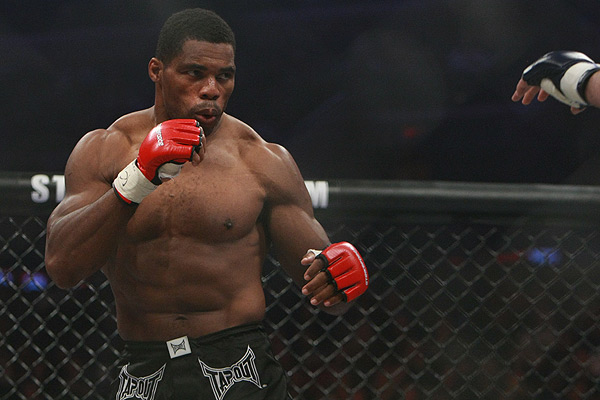 Mixed martial arts remains in its infancy when compared to the other major sports.

While it is young, MMA has grown exponentially over the span of a few years, thanks in large part to fighters who have excelled elsewhere. Whether these fighters have competed in the Olympics, football or even professional wrestling, the eyeballs they bring with them have helped MMA move from niche sport to more mainstream acceptance.

The latest Sherdog Top 10 list begins a series ranking the best “crossover stars” in the sport -- fighters who made names for themselves elsewhere and are either currently experiencing or have previously found success inside the cage. The 10 fighters come from any of the traditional sports, like football, basketball and baseball.

Voted on by a panel of Sherdog.com writers and editors, the list is open to interpretation, but these are the 10 fighters we feel deserved to make the cut: