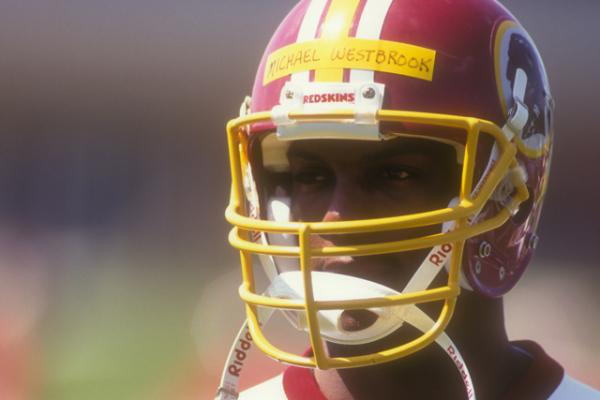 Michael Westbrook was once a 1,000-yard receiver in the NFL. | Mitchell Layton/Getty Images Sport


Better known as a wide receiver for the Washington Redskins and Cincinnati Bengals, Westbrook made his MMA debut in King of the Cage against fellow NFL veteran Jarrod Bunch in 2005. He was victorious, grabbing the victory via rear-naked choke. It was the lone win of Westbrook’s three-fight career, as expectations for what many thought could be a prosperous stint in the cage leveled out.

After being drafted fourth overall by the Redskins in 1995, the All-American mostly went through the motions over the course of seven NFL seasons. While he caught 65 passes for more than 1,000 yards and nine touchdowns in 1997, Westbrook gained most of his notoriety for off-field antics, namely from punching out teammate Stephen Davis during a team practice. He was out of the league by 2003.

Four years after his first MMA fight, Westbrook fought Travis Browne, losing via third-round technical knockout. His final bout against Nick Gaston in July 2009 ended in a no-contest following an inadvertent groin strike. Since then, Westbrook’s fighting days have been non-existent, aside from an appearance on the MTV show “Bully Beatdown” in 2010.