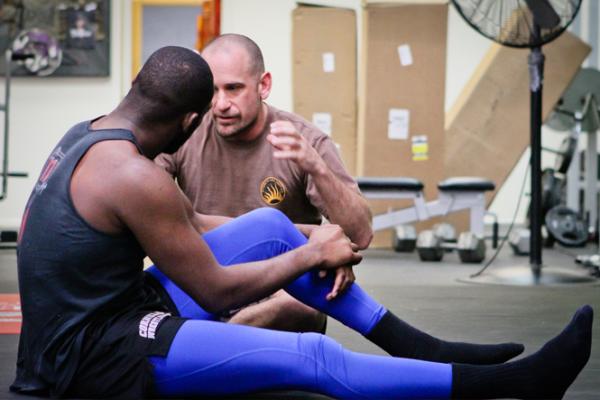 This week, readers cannot believe what is being said in MMA. Can you blame ’em?

The date Aug. 23, 2012 will likely long stand as one of the craziest days -- if not the definitive wackiest -- in MMA history, as the Jon Jones-Dan Henderson title fight at UFC 151 was nixed, the entire event canceled and a rematch with Lyoto Machida at UFC 152 designed for the champion. UFC President Dana White lashed out at his champion’s unwillingness to fight former UFC middleweight title contender Chael Sonnen on short notice, citing the advice of Jones’ coach, Greg Jackson, not to accept the Sonnen date as proof that Jackson was a “sport killer.”

Tempers flared. Twitter went crazy. Sonnen talked trash on Sportscenter. The drama thickened further later in the day when it turned out that Machida balked at the Sept. 22 pairing with Jones. Now, Jones will face former UFC light heavyweight champion Vitor Belfort, who exited his UFC 153 bout with Alan Belcher at 185 pounds for the opportunity. It was pure lunacy, and, frankly, we need to talk about it.

The wild proclamations of Jones, White and Sonnen are not the only ones that have people revved up. People still have not entirely cast away their gaze from Ronda Rousey and how her war-at-a-distance with Cristiane “Cyborg” Santos has accelerated. While some cannot believe Santos’ audacity to call for a bout at 145 pounds, some folks seem just about ready to tune out after Rousey’s rampage over 135.

Bellator has not escaped your wrath, either. The promotion announced the lineup for its Season 7 welterweight tournament. Absent are names like Paul Daley, Ben Saunders and Douglas Lima. What gives? We let you know, with comments from “Mr. Magical” himself, Bellator founder Bjorn Rebney.

What the hell is going on? This is like something from the script of “Passions.” Jones won't fight Sonnen, Machida won't fight Jones and now Belfort gets to fight Jones? Does this mean Belcher gets to fight Machida? Or are they chucking Sonnen in with Belfort and Jones for a triple-threat match? One also has to wonder what the UFC thinks about the quality of its own cards when it scraps an entire show based on the main event falling out. -- Jay from Warrington

Jordan Breen, administrative editor: First of all, this day was pretty jam-packed with happenings and brouhaha. Let’s look at it in stages, with some Cliff’s-type notes to help us keep our sanity.

”Hendo” Gets Hurt: Henderson partially tears his MCL. He’ll be out two to three months. Find it interesting that during this period Sonnen suddenly starts chirping at Jones through the media, with Sonnen being an on-again, off-again Henderson training partner. Jones is presented with fighting Sonnen -- the only man who accepts the bout as a potential replacement -- on eight days' notice. He declines after discussion with coach Jackson, opting instead to face Machida on Sept. 22. I consider this a prudent, rational decision. It would be heroic if he opted to “save the day” and face Sonnen, but that fight represents more money for him down the line, and he can fight in four weeks. With decisions like that, he’s not going for “Man of the Year,” but he won’t blow a Nike deal, either.

The Teleconference: This is a foregone conclusion. Everyone on the inside in MMA knew Henderson was out but simply could not get any confirmation from anyone on anything. Seeing how the aftermath has unfolded, you now understand why people don’t want to put their byline on something without someone else’s ass in the sling with them.

White goes insane on the phone. UFC 151 has been canceled. This move costs the UFC millions, and many fans, even those who get refunds, are out hundreds if not thousands on flights, hotels, what-have-you. It sucks for everyone. White blames Jackson, whom he terms a “sport killer,” and Jones. He would later accuse them in a press release of “robbing” some half a million dollars from undercard fighters.

This behavior is irrational for me. While I have no doubt both White and UFC CEO Lorenzo Fertitta were furious, this is pathological, borderline insane, behavior. Jones is probably the most important single entity in MMA right now, and the UFC is suddenly dedicated to pillorying him in public? It’s notable, albeit still insane, that White spends the entire time lionizing Sonnen for wanting to fight on eight days' notice, despite the fact that he has everything to gain and nothing to lose. It is more important because it again shows the extent to which Zuffa values fighters who will jump instantaneously at the UFC’s behest, although Sonnen’s motives are obviously individualistic.

Somehow during the call and immediately after it people forget that Jones is actually fighting in a month.

The Aftermath: While the UFC followed up with a press release to further spew venom at Jones and Jackson, Sonnen appeared on Sportscenter. ESPN noted in the interview that Jones declined the interview opportunity. Though Jones' public relations man, John Fuller, quit earlier in the week, this is the latest in a long-line of PR disasters. How on earth does arguably the best fighter on the planet sit on the couch quietly and let every Tom, Dick and Harry besmirch him in public?

Then, just hours later, MMA fireside chatter and Nike Air Max enthusiast Ariel Helwani breaks the news that Machida and Co. have balked at the Sept. 22 date with Jones. You might recall that White acted as if no fighter in Jones’ position ever turns down a fight. Machida makes his already-obviously-stupid statement look a million times worse.

Somehow, Belfort becomes Jones’ new dance partner. He offered to fight Fedor Emelianenko when Josh Barnett failed a third drug test; he can smell an opportunity. Jones is now a -1300 favorite in some places, while White has said the UFC chose not to do Jones-Sonnen on Sept. 22 -- a date both men agreed to -- because the company felt it would be disrespectful to a strong partner in Mandalay Bay. OK then.

It is too much of a hassle to fix all the posters, change all the billboards and re-record all the imaging. UFC 151 will simply never exist. The card on Sept. 22 in Toronto remains UFC 152. Remember that for Trivial Pursuit games in the future.

The Takeaway (or “Who the hell do I blame for this?!”): The fundamental truth is that this is a situation where Jones, as a multi-million-dollar world-class athlete, had divergent interests from the UFC, from MMA fans and from his fellow fighters. It made rational sense for him to opt out against Sonnen on eight days' notice knowing that there was a Sept. 22 date for him regardless and that Sonnen would be more lucrative down the line.

Plain and simple, the UFC is a mutating animal. It has thrived on pay-per-view for years, but now it owes oodles of programming to Fox and its platforms. It has a swollen roster and too many cards. This means a decision like the one Jones made can have a catastrophic impact for an entire card. The UFC could not even go ahead with something like Jay Hieron-Jake Ellenberger as a headliner if it tried, as state law would likely require refunds. It’s an unenviable position, but it is one the UFC has put itself in, and it needs to address it.

For years people pined for fighters to have leverage; well, here you go. Here is how it manifests. It is terribly unfortunate that so many undercard fighters were exposed to such volatile risk. However, how did two dozen other people get exposed to such a circumstance because of one athlete’s decision? These are questions the UFC needs to answer forthwith.

As for Jonny Bones, you’re an athletic superstar. It’s time to get a real PR agency. This is a sporting climate in which your entire life could be over if you so much as leave your DNA in the wrong place at the wrong time. You cannot afford screw-ups when everyone is looking to tear the flesh from you. Protect yourself, and don’t let Sonnen’s Catskills routine beat you to Sportscenter again.