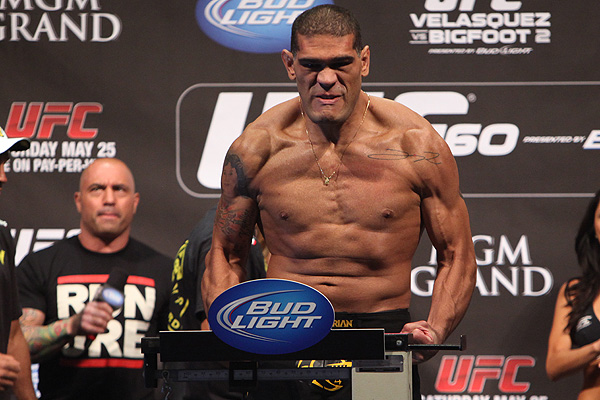 
While not as highly anticipated as the Ultimate Fighting Championship’s next UFC Fight Pass outing on Sept. 20 in Japan, this card offers several intriguing bouts. Atop the lineup, Antonio Silva takes on Andrei Arlovski in a rematch the latter hopes will wash out the awful taste left in viewers’ mouths following his most recent performance against Brendan Schaub.

The undercard is short on name value, but the matchup between Gleison Tibau and Piotr Hallmann is interesting and evenly matched, while Russell Doane can catapult himself into bantamweight relevance with a victory over mainstay Iuri Alcantara. Meanwhile, touted prospect Larissa Moreira Pacheco makes her organizational debut against rock ’em-sock ’em robot Jessica Andrade. 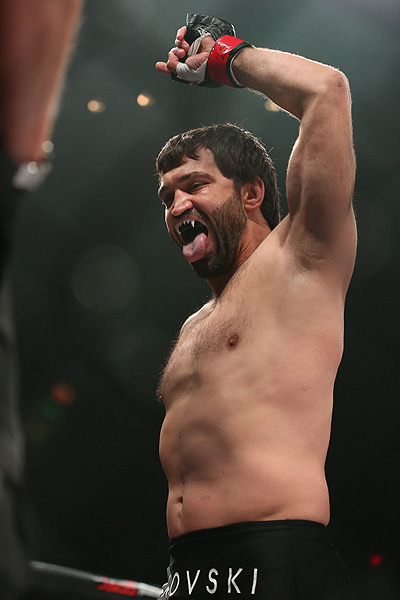 Photo: D. Mandel/Sherdog.com
Arlovski has won three straight.
Here is a look at each matchup for UFC Fight Night “Bigfoot vs. Arlovski 2” on Saturday at the Nilson Nelson Gymnasium in Brasilia, Brazil:

The Matchup: Although few remember it today, Silva and Arlovski first met more than four years ago in a fight the giant Brazilian took by unanimous decision. That was the first major win of Silva’s career, and it set him on the path to the Strikeforce heavyweight grand prix in which he beat Fedor Emelianenko and secured his current status as a top-10 fighter in the division. For Arlovski, on the other hand, that fight marked one of the former champion’s last brushes with top competition before his return to the UFC and the end of anything resembling his peak years. This is an opportunity for Silva to get back on track after his epic battle with Mark Hunt and a chance for Arlovski to squeeze a few more high-profile fights into the end of his career.

Silva was once a fairly one-dimensional grappler known mostly for his freakish size, but he has evolved into a skilled striker, a serviceable wrestler and a punishing infighter with one of the most devastating top games in MMA. “Bigfoot” has dramatically broadened his striking repertoire by employing stance switches and karate-style side and front kicks that accentuate his rangy frame; they make fine additions to the long, powerful straight right he employed earlier in his career. Although his relative lack of speed has been a problem at striking range against top competition, Silva’s brutal strength and overwhelming size make him a tough matchup for all but the most technically sound fighters in the clinch, from which he employs a variety of trips, hard knees and smooth transitions. Silva has struggled to impose his takedowns against skilled competition, but if he can make his way to top position, there are few opponents who can counter his guard passes, shake off his rock-solid base and avoid the onslaught of his bucket-sized fists.

There is no question that the 2014 version of Arlovski is less intimidating than the fighter who dominated the UFC’s heavyweight division a decade ago, but to a certain extent, his decline has been overstated. He remains a plus athlete relative to the division; his hand speed is excellent; and his takedown defense is still very good. The core of Arlovski’s game has always been his sharp jab and crisp, powerful punching combinations, and those are still dangerous enough to make him a handful for nearly any opponent. However, while his defense is solid, he has real trouble eating flush shots and his lack of secondary skills, aside from the ability to grind in the clinch, makes his strengths relatively easy to plan around. Most worrisome is the extreme inactivity and lack of willingness to engage that he showed in his fight against Schaub at UFC 174.

The Pick: In their first meeting, Silva did an excellent job of tagging Arlovski in exchanges and keeping his opponent close to the fence, where he could maximize the strengths of his game and minimize the former champion’s normally excellent takedown defense. There is no reason to think a similar approach would be any less effective this time given the lack of evolution in Arlovski’s game. Since then, “Bigfoot” has drastically improved every one of his skills while consistently showing the ability to implement similar game plans. Whether the fight transpires on the feet or with Silva in top position, considering his recent susceptibility to power punches, I doubt Arlovski can survive the full five rounds. In a fight I predict will be comprised mostly of brief exchanges and grappling against the fence, the pick is Silva by knockout in the second round.