It has been a great year for independent MMA so far. From Ian McCall’s battle with Jussier da Silva in California and the $270,000 tournament final between Marcos Oliveira and Shamil Abdurahimov in the United Arab Emirates to Michael Chandler’s upset of Eddie Alvarez in Florida and Shinichi Kojima’s return against Masaaki Sugawara in Japan, a number of outstanding fights have taken place outside of the major leagues.

In our monthly “10 Tussles” series, we have made it our business to take fans around the globe in an effort to broaden their MMA horizons, showcasing the best fights that might not receive much attention otherwise. For December, we feature 10 bouts from eight different countries, so fasten your seatbelts and hang on for a unique ride through the world of MMA.


Advertisement
As always, the list does not focus on the well-promoted main event bouts from major organizations fans already know to watch, but rather on fights from all over the planet that are worth seeing. The UFC, Strikeforce, Dream and Sengoku Raiden Championship are excluded by design.

M-1 Global is capping off its 2011 season with its fourth and final Challenge card on Showtime. While the main event rematch between Shamil Zavurov and Yasubey Enomoto is a good fight, the truly spectacular bout on the card is the co-headliner between Jungle Fight champion Francisco “Massaranduba” and arguably the top lightweight prospect in Europe, Sarnavskiy. Both fighters originally come from kickboxing backgrounds but have won their share of fights by submission. This promises to be an all-out war.

The light heavyweight title of Russia’s No. 2 promotion will be contested between last year’s M-1 Eastern Europe tournament finalist Tinagadjiev and London-based Polish Brazilian jiu-jitsu brown belt Mysiala. The man from the Russian Black Sea coast is an undersized wrestler with a strong clinch game and dangerous chokes. Mysiala, however, may prove to be a bigger bite than the Peresvet FT fighter can chew, as he already holds solid wins over “The Ultimate Fighter 3” alum Ross Pointon, Lithuanian knockout artist Arunas Andriuskevicus and well-rounded 35-fight veteran Antony Rea.

A national treasure in Brazil due to his legendary fights with Jose “Pele” Landi-Jons, Ronaldo “Jacare” Souza and Eduardo Pamplona, Patino moved to Houston in 2008, opening up his Macaco Gold Team Houston gym soon after. After a bumpy start to his U.S. comeback with back-to-back losses to fellow Brazilian jiu-jitsu black belts Roan Carneiro and Andre Galvao, “Macaco” has enjoyed a great 2011 so far, going 2-0. Now, he gets to face Strikeforce veteran Bronzoulis in the main event of LFC 9. “The Greek” already bested Macaco’s countryman, Lucas Lopes, in March.

Australia’s premier MMA organization returns with its fourth event this year, once again from its home stadium: the Big Top at Luna Park in the continent’s most populous city. Headlining the promotion’s 19th event will be a pair of Australia’s adopted sons in Brazilian Falciroli and Nebraskan Honstein. Falciroli, a big favorite going into the fight, holds a pair of wins over Akiyo Nishiura and former Shooto champion Hideki Kadowaki. “Quick Nick” brings a slick submission game to the table and has finished nine of his opponents inside the first round.

The Score Fighting Series has carved itself a nice niche, showcasing up-and-coming Canadian talent all across Ontario. This time, local boy Clements will throw down with 10-time UFC veteran Clementi. “The Menace” was originally preparing for a fellow striker in Forrest Petz and now gets to face one of the most dangerous submission specialists at 155 and 170 pounds in Clementi. Even though his .400 record for the year does not show it, “No Love” recently stated he is in the best shape of his post-UFC run and wants to surprise a couple of people in the autumn of his career. 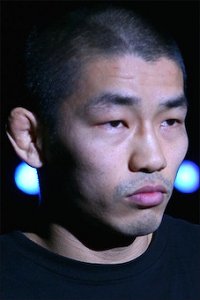 Manabu Inoue File Photo
Inoue and Ishiwatari will do battle.

Catch wrestler Inoue will make the third defense of his 135-pound crown. He will face second-ranked bantamweight Ishiwatari, who qualified for the title shot with a draw against top-rated Tashiro Nishiuchi and a split decision win over sixth-ranked Motonobu Tezuka. A teammate of former Sengoku lightweight champion Mizuto Hirota and knockout artist Taisuke Okuno, the 26-year-old Ishiwatari possesses heavy hands for a lighter fighter.

The question is whether he can escape the stifling top control of the methodic Inoue, who has already gone the distance 15 times.

After suffering a broken nose in sparring, “Crocota’s” original opponent, Cassiano Tytschyo, had to be replaced. Jumping at the chance to face the two-time UFC veteran is the well-travelled Acacio. Both men had busy years so far. Acacio, the reigning Superior Challenge welterweight champion, has won four of his five fights, while Oliveira, a teammate of UFC heavyweight champion Junior dos Santos, has gone 5-3. With the pair accounting for 20 combined knockouts, it is pretty clear what this fight is likely going to look like.

While Acacio is going to war in his native Brazil, his coach, Marcello, will be climbing into the cage 6,800 miles to the east in the United Arab Emirates. There, the former head Brazilian jiu-jitsu instructor for the famed Chute Boxe team will take on the most dangerous opponent of his post-Pride Fighting Championships career. The California-based Cobb has turned in nothing but spectacular performances in the last two years, winning a well-deserved decision over former Deep champion Kazunori Yokota in Japan and most recently stopping seven-time UFC veteran Drew Fickett inside the first round.

Passing up on multiple opportunities to join the UFC ranks due to visa and health issues, “Poster Boy” Manuwa has made the next step in his young career and signed a four-fight contract with leading U.K. promotion British Association of Mixed Martial Arts. The first opponent for the American-born, England-raised fighter will be 15-year veteran Rea, from France. The 35-year-old Brazilian jiu-jitsu black belt is currently enjoying the best run of his career, with a four-fight winning streak. For the 28-year-old Manuwa, it will be his first professional MMA fight outside of the city limits of London.

The two premier female strawweights in the sport will go at it in one of the Jewels featherweight (106-pound) tournament semifinals. “Sugi Rock” Sugiyama crossed over from Greatest Common Multiple’s “Valkyrie” offshoot this year and has promptly taken out experienced submission specialist Misaki Takimoto and well-rounded Ayumi Saito. Ishikawa, the first-ever female mixed martial artist from Okinawa, has been in the MMA game a year longer than Sugiyama and already holds a trio of significant wins over Yukiko Seki, Sachiko Yamamoto and Yasuko Tamada. Ishikawa possesses dangerous chokes.