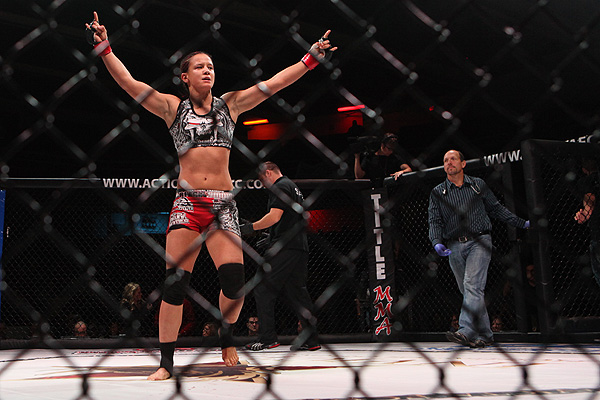 
The year gone by provided plenty of intrigue for this monthly series. We chronicled the journeys of Gunnar Nelson, Todd Duffee, Tom Watson and Jay Hieron from the regional circuits to the Ultimate Fighting Championship; we discovered exciting young prospects like Doo Ho Choi, Sheila Gaff, Kyoji Horiguchi and Krzysztof Jotko; and we accompanied veterans like Andrei Arlovski, Fedor Emelianenko, Kendall Grove and Shinya Aoki in their pursuits around the globe.

Expect more of the same as the calendar turns.

As always, the list does not focus on the well-promoted main event bouts from major organizations you already know to watch, but rather on fights from all over the planet that are worth seeing. UFC, Strikeforce and Bellator Fighting Championships cards are excluded by design.

In her third Invicta Fighting Championships appearance -- all three of them will have been in the main event or co-main event -- Baszler will take on fellow Strikeforce veteran Davis in a clash of two of the top female bantamweights in the world. It will be a rematch of their 2010 encounter, which Baszler won via unanimous decision. The “Ally-Gator” has since fought far more frequently and against tougher competition. In March, she dropped a majority decision to former Strikeforce champion Sarah Kaufman. Can she avenge her defeat to the “Queen of Spades?”

In summer of 2011, Cuban wrestling standout Vila was one of the hottest commodities in the MMA world. The 1996 Olympic bronze medalist had just knocked out Bellator featherweight champion Joe Warren with a single punch and improved his own record to a perfect 10-0. A year-and-a-half and two decision losses later, the 41-year-old found himself without a Bellator job. The American Top Team export now makes his comeback in his natural weight class of 125 pounds. His first opponent, Sampo, is coming off an upset of World Extreme Cagefighting, UFC and Dream veteran Antonio Banuelos.

Some fighters remain underrated their entire career. Case in point: Lithuania’s Taurosevicius. After rising to fame during his run in the International Fight League, “Taurus” earned a WEC contract when the IFL went out of business. Despite going 2-1, his services were deemed expendable. A regular attraction for Ring of Combat since 2011, the 35-year-old Taurosevicius will make his fourth appearance for the New Jersey promotion when he squares off with Bellator veteran Caraballo. “The Tank” will ride a six-fight winning streak into this matchup.

Wallid Ismail’s Jungle Fight promotion has become perhaps the number one feeder organization for the UFC in South America. In recent years, Iuri Alcantara, John Lineker, Ednaldo Oliveira, Francisco Trinaldo, Sergio Moraes, Erick Silva and many others have graduated from Jungle Fight to the world-famous Octagon. Two bantamweights who would love to follow these footsteps are Pininga and Israel. The former is a purple belt under Silvio Behring and carries with him a six-fight winning streak, while the latter is a training partner of Dream veteran Adriano Martins and owns a perfect 6-0 record.

Two of the top 135-pounders in the Midwest lock horns, as Iowa’s Floyd travels to Stetz’s hometown of Fargo, N.D., to battle for the Dakota Fighting Championships bantamweight title. Floyd comes into the fight as the slight favorite on the strength of his seven-fight winning streak, which dates back to 2009 and includes six knockouts and one submission. Stetz will be well-prepared: the 32-year-old all-rounder is 7-1 in his last eight decisions and trains regularly with UFC featherweight Pablo Garza.

Elite 1 MMA, a true stronghold for mixed martial arts in southeast Canada for the past five years, kicks off its 2013 campaign with a January event. In the headliner, UFC veteran Holst will face fellow submission specialist MacGrath in an all-Canadian encounter. “Boots” fared well on the domestic scene last year, but jiu-jitsu wizard Leo Santos ran circles around him in his lone international appearance for Cage Warriors Fighting Championship. MacGrath also came up short in his Bellator debut, as he was knocked out by countryman Nordine Taleb. Both fighters need a win here.

With more and more of the top talent in the lower weight classes bustling in the UFC nowadays, Shooto has lost some of its relevance on the world stage. Nonetheless, MMA’s oldest promotion is only rivaled by Deep and Pancrase in terms of the quality and quantity of the events it puts on in the Land of the Rising Sun. The first Shooto show of the year sees submission specialists Suzuki and Sasaki scramble for the vacant Pacific Rim 132-pound strap. Despite being 12 years Suzuki’s junior, 23-year-old Sasaki goes into this fight as the favorite.

Whether it is MMA, “Call of Duty” or Chinese checkers, losing stinks, and it is made even worse when one has a significant winning streak snapped at the same time. It hurts one’s market value and cools the dream of making the big leagues. That is the case for Indiana’s Kraus and Michigan’s Johnson, who fight one another in the main event of Kombat Zone 38. Submission specialist Johnson, who holds a notable win over Koffi Adzitso, comes into this match off of a three-year layoff.

Reality Fighting mainstay Bessette wants to secure a third Bellator invitation with a strong showing against Rhode Island journeyman Anderson. The 28-year-old “Mangler” went 2-0 in Bellator last year, but he possibly cost himself a spot in its Season 8 lightweight tournament with an ill-advised breach of the rules in a Reality Fighting bout over the summer. “Candyman” Anderson has suffered back-to-back defeats three times in his career and has always bounced back. Can he do it again?

With only five professional fights under his belt, McFedries was signed by the UFC in 2006 and made his debut against onetime professional boxer Alessio Sakara, knocking him out in the first round. He went on to have mixed results inside the Octagon, going 4-5 between 2006 and 2009, but he had never been in a dull fight. Colorado slugger Kimball has been hunting down Zuffa veterans lately. He has already beaten Artenas Young and most recently knocked out “The Ultimate Fighter” Season 6 finalist Tom Speer. Now, he wants to add “The Massacre” to his list of victims.