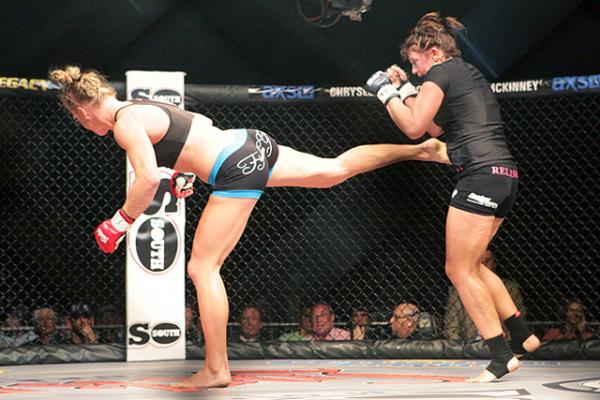 Holly Holm is an elite striker. | Photo: Will Fox/Sherdog.com 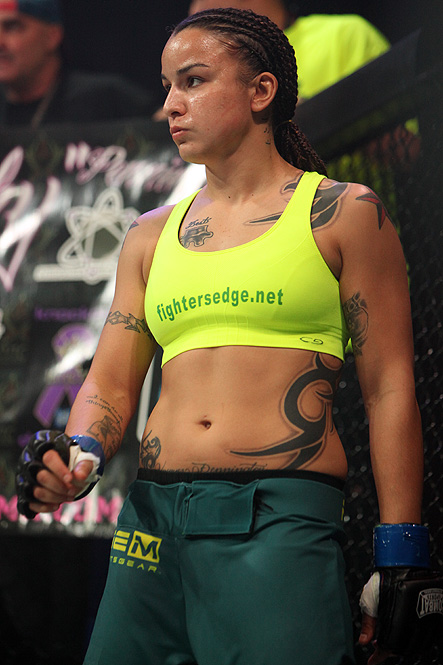 THE MATCHUP: The much-hyped Holm finally makes her UFC debut against the durable and experienced Pennington. Holm is a former boxing world champion with extensive kickboxing experience, to boot, and is one of the very best female strikers on the planet. Pennington is tough and well-rounded, and she has sandwiched wins over Ashlee Evans-Smith and Roxanne Modafferi around a contentious decision loss to Jessica Andrade. This should be a fun fight and an excellent gauge for where Holm really stands in the division.

Holm will enter the UFC and immediately become the best striker in the women’s bantamweight division by a wide margin. Her southpaw game reminds me of Conor McGregor’s in its combination of unorthodox side, hook, crescent and round kicks at long range, along with the sequences of sharp punches in the pocket.

She lacks McGregor’s head movement, power and raw athleticism, but her sheer command of technique, distance and timing should not be understated, and she works at a punishing pace. Defense is occasionally a problem; Holm rarely moves her head and relies on angles and distance to avoid her opponent’s strikes, but that is not a huge issue at this point. In the clinch, Holm is very strong and delivers sharp knees, while her takedown defense has thus far proven to be effective. We know little about her ground game, and Pennington will probably not be the opponent to show us.

Pennington is durable and gritty. She can do a little bit of everything and does it all fairly well. Her game at range consists mostly of reasonably technical punch-kick combinations, though she lacks much in the way of power or speed. Wrestling is a strong suit: Pennington is very difficult to get to the mat, especially against the cage, and hits nice double-legs and trips of her own. The real strength of her game, however, is in the clinch. Her height and long limbs give her great leverage; she switches effortlessly between double-collar ties, over-unders and side clinches; and she mixes up punches, knees and sneaky elbows on the breaks. Her grappling is solid but not particularly outstanding, although her last outing ended in a slick bulldog choke and might be developing a more dangerous submission game.

THE PICK: Pennington is far from a pushover, and she has the durability and grinding style to give Holm a tough fight. That is precisely what I think will happen here. Holm’s skill advantage at range is enormous, but it is closer to even in the clinch, and if Pennington can get Holm to the ground repeatedly, all bets are off. I expect Holm to wear down Pennington with kicks at range, get pushed against the cage in the clinch for substantial periods while stuffing takedowns and start to land big in the third round. The pick is Holm by decision, with a strong possibility of a late stoppage.