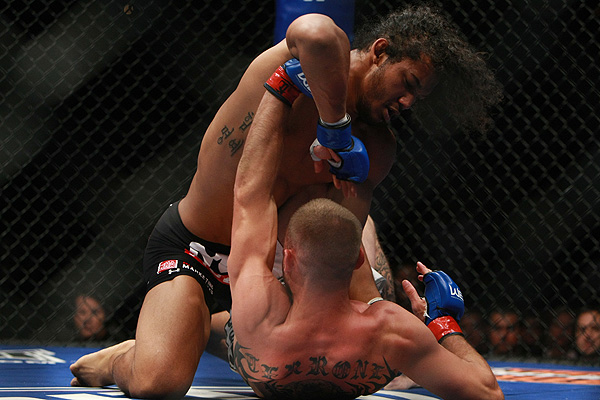 CASE FOR: At a glance, Henderson’s victim list is as impressive as they come. Aside from the three wins he holds over fellow all-time competitors, “Smooth” has the statistically toughest opponents of anyone on this list. Two of his three career missteps have come in championship matches, both to Anthony Pettis. He has the most World Extreme Cagefighting lightweight championship fights and remains tied with Edgar and B.J. Penn for the most UFC lightweight title defenses; that is not bad company to be in. Similar to Melendez, Henderson does everything well, and there are no glaring holes in his game.

CASE AGAINST: Not surprisingly for someone with the toughest opponents, Henderson also has the most split decision victories on this list. His wins against Thomsom, Melendez and Edgar -- in their rematch -- were all controversially close, and had the judges swayed differently in those bouts, Henderson’s 11-6 ledger would look substantially less impressive. That may not be a fair gauge. However, the main knock on Henderson’s career is that he has played second fiddle to Pettis; it is a tough sell to claim the best-of-all-time mantle when you are not the best of your generation. The icing on top of it all is that Henderson is consistently going to the judges’ scorecards, with little more than a third of his wins ending before the final bell. There is still plenty of time for “Smooth” to make a case as the greatest lightweight of all-time, but after getting knocked out for the first time in his career in his last fight and announced plans to move to 170 pounds, his career trajectory has become a little more uncertain.