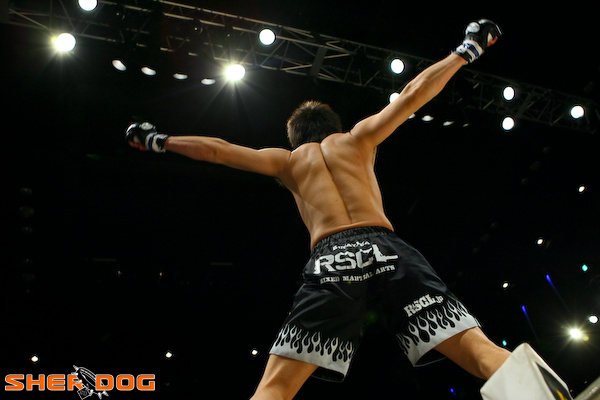 CASE FOR: Very few fighters can boast the consistency and dominance Gomi can. A 16-year veteran of the fight game, Gomi has competed in almost every major MMA organization since he was 20 years old, compiling two double-digit winning streaks in the process. In the span of two years, between 2004 and 2005, he went 10-0 with eight finishes in what was arguably the greatest lightweight run of all-time. His aggressive style made him a fan favorite, and he remains the winningest champion in Shooto and Pride Fighting Championships history, as he remained undefeated after lengthy stints in both organizations.

CASE AGAINST: The main knock on Gomi’s career can be summed up in two words: submission defense. Of his 10 losses, six of them have been submissions. While it is understandable that more fights will result in more losses, Gomi has never been able to shake free of his Achilles’ heel, and it is difficult to consider someone the greatest with such a glaring weakness. On top of that, he was fed a fair share of cans in Japan: He has more opponents with .500 records and below than anyone else on this list; and though it may be a tad unfair, since he arrived in the UFC well past his prime, it is worth mentioning that he has an unimpressive 4-5 record in the Octagon.