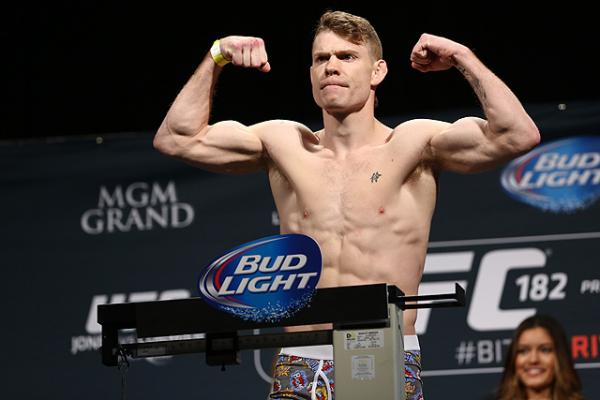 
Those who bet the chalk at UFC 182 “Jones vs. Cormier” on Saturday at the MGM Grand Garden Arena in Las Vegas came out ahead. However, the event did include two upsets.

Former Cage Fury Fighting Championships titleholder Paul Felder, a +220 underdog according to BetDSI.com, upended Team Alpha Male gatekeeper Danny Castillo (-265) and pocketed a $50,000 “Performance of the Night” bonus for his efforts. “The Irish Dragon” improved to 10-0, as he ended their preliminary lightweight encounter with a spectacular spinning backfist 2:09 into the second round.

“It just kind of fell in my lap,” Felder said during a post-fight media scrum. “He was throwing that kick to my left side and it kind of kept knocking me a little off-balance. I just said, ‘To hell with it,’ and just spun through it, and he walked right into it. It was well-timed and his momentum kind of helped it out, [and] he knocked himself out, basically.”

Felder, who filled in for Rustam Khabilov, was dominant from the start, landing kicks, knees and punches throughout the first round.

“I think I did earn my spot tonight,” said Reneau, who has rattled off four consecutive victories. “I wanted to stay standing because everybody was expecting us to go to the ground. They see two brown belts, two world-class champions, and they expect you to go to the ground, so I really wanted to showcase my skills standing up and that’s why I kept it standing.”