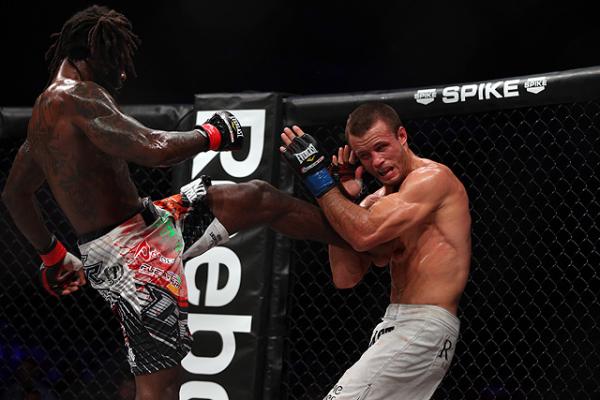 Daniel Straus is 18-1 over his last 19 appearances. | Photo: Dave Mandel/Sherdog.com


Bellator MMA will stage its third event of 2014 on Friday, when Bellator 112 is broadcast live on Spike TV from The Venue at Horseshoe Casino in Hammond, Ind. As Marcin Held is not fighting on this bill, everything should move forward as planned. Prior to the main card broadcast, the preliminary draw streams live on Spike.com.

Here is what to watch for at Bellator 112:


Pat Curran is no doubt ravenous to regain the featherweight gold currently sitting around the waist of Daniel Straus.

The well-rounded 26-year-old lost both his title and his first fight at 145 pounds in his most recent outing, as Straus avenged his 2009 loss with a unanimous decision at Bellator 106 in November. This was by far Curran’s worst outing as a Bellator featherweight, as Straus continually stepped inside and took him to the canvas to sway the cageside judges.

Now granted an immediate rematch -- much to the chagrin of Patricio Freire, I might add -- Curran has the opportunity to right the wrongs of his second encounter with Straus. Can Curran seize the moment and regain the belt?


As is often the case with Straus’ fights, his title-winning performance was by no means a heart-stopper, but that should not take away from his achievement in soundly defeat an opponent as talented as Curran.

True, Straus was the beneficiary of a point deduction in the third round of that bout, but he was also the recipient of an illegal knee right to the mush. Additionally, it should be pointed out that Straus still would have won the fight on all three scorecards, even if Curran had only received a warning for his errant strike.

Straus’ title victory amounts to one serious comeback. After all, this is the man who saw his title shot delayed by a broken hand last year before being arrested on drug charges in Florida. I certainly did not pick him to take Curran’s title -- an opinion that was shared by the bookmakers. That mattered little to Straus, who showed exactly why we actually hold these contests in the first place.

With a rematch now on deck, can Straus hang onto the gold he worked so hard to win? 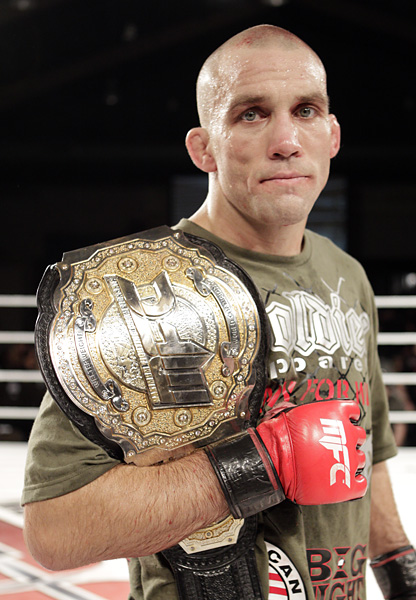 Photo: Arnold Lim/Sherdog.com
Coy has won five straight.
The Season 10 welterweight tournament is even more wide open than Bellator’s typical eight-man offerings -- a quality that was enhanced further by the departure of Joe Riggs, Mark Scanlon and War Machine from the tournament field.

I think those UFC vets were likely the best-known competitors in the tournament, but I would not place too much stock into that opinion. This is Bellator, after all, and crazy things happen in Bellator.

Replacing the aforementioned fighters will be Nathan Coy, Paul Bradley and the undefeated Cristiano Souza. Coy and Bradley were already slated to battle on the undercard, but their matchup will now hold far greater significance as a tournament quarterfinal. You would be unwise to gloss over this rematch, as both of these guys have big-fight experience, competing in the UFC and Strikeforce, respectively. I would not be surprised if Bradley was itching to even the score with Coy, even five years after “Soulforce” snatched a split decision in their first encounter.

The bracket also features two more known quantities in UFC alum Nah-Shon Burrell and former Bellator title contender Andrey Koreshkov. I think these two are going to tear it up in the kickboxing department, and the winner of this fight is my early pick to go all the way. Even so, I would not count out Souza, undefeated Minnesotan Adam McDonough, Sam Oropeza or Jesse Juarez, all of whom have a solid shot to shake up this bracket even further.


As is the case with the recent welterweight tournament modifications, I think it would be a mistake to dismiss the Bellator 112 undercard, which features two competitors worth watching in particular.

Of chief importance is the presence of 2009 NCAA Div. I wrestling champion Darrion Caldwell. A former member of the North Carolina State University Wolfpack, Caldwell has yet to suffer a setback as a mixed martial artist, posting three straight victories in his still-nascent career. Bellator officials indicated that they would bring this stud along slowly, and I am eager to see what type of improvements he has made when takes his first steps in the Bellator cage against Lance Surma.

“Fight Master: Bellator MMA” graduate A.J. Matthews will also make an appearance during the Spike.com stream. Though he was outpointed by Eric Bradley in the reality show’s quarterfinal round, Matthews is nevertheless capable of doing some serious damage with his fists if he is able to dictate the pace of a fight. As such, I think his welterweight meeting with the unbeaten Belal Muhammad is worth a look.