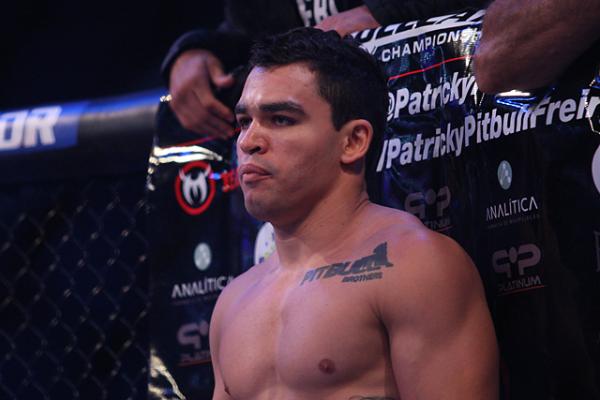 
The lure of Bellator MMA gold has brought together Patricky Freire and Marcin Held.

Freire and Held will square off in the Season 10 lightweight tournament final in the Bellator 126 headliner on Friday at the Grand Canyon University Arena in Phoenix. The winner will receive a crack at the Bellator lightweight championship once the dust settles between interim titleholder Will Brooks and former champion Michael Chandler at Bellator 131 in November.

A Team Nogueira representative, Freire will carry the momentum of a three-fight winning streak into the tournament final. “Pitbull” last competed at Bellator 117 in April, when he took care of Campos with second-round punches at the Mid-American Center in Council Bluffs, Iowa. Freire, 28, has compiled a 6-4 record since arriving in Bellator in 2011, including wins over former World Extreme Cagefighting champion “Razor” Rob McCullough and Ultimate Fighting Championship veteran Kurt Pellegrino. He has secured nine of his 13 professional victories by knockout or technical knockout.

Held, a Brazilian jiu-jitsu black belt with an appetite for leg locks, has rattled off nine wins in his past 10 outings. The 22-year-old Pole last fought at Bellator 120 in May, when he submitted Nate Jolly with a first-round armbar at the Landers Center in Southaven, Miss. Held holds a stellar 8-2 mark inside Bellator. He has delivered more than half (11) of his 19 career victories by submission.

FACT 4: Bubba Jenkins suffered his only career defeat at the Grand Canyon University Arena, succumbing to third-round punches against LaRue Burley at Bellator 100 a little more than a year ago.

FACT 8: Benny Madrid weighed 285 pounds when he began his formal mixed martial arts training in 2007. He now competes as a lightweight.

FACT 9: The four men to whom Brandon Girtz has lost -- Campos, Derek Anderson, Eric Wisely and Alvin Robinson -- own a cumulative 60-22 record.

FACT 10: By the time he returns to his Spike 22 base in Yona, Guam, following his appearance at Bellator 126, Joe Taimanglo will have traveled nearly 13,000 miles.