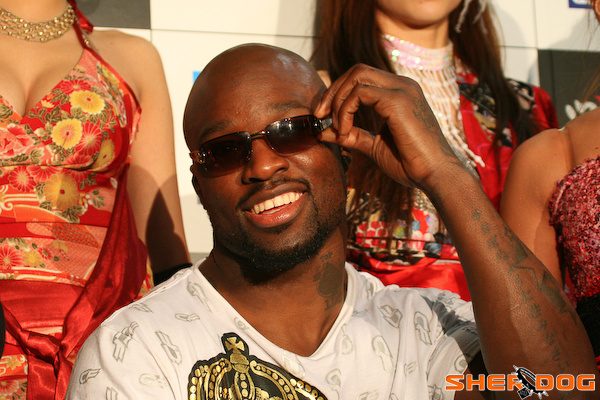 
Muhammed Lawal finds himself under the microscope once again, as he works to live up to the considerable investment that has been made in him.

The former Strikeforce champion will meet Seth Petruzelli in the Bellator MMA Summer Series light heavyweight tournament semifinals at Bellator 96 on Wednesday at the WinStar World Casino in Thackerville, Okla. Lawal’s latest appearance comes four months after he was turned away by an Emanuel Newton spinning back fist, which resulted in his being knocked out 2:35 into the first round of their Bellator 90 encounter.

Petruzelli had his moment in the sun back in 2008, when he served as a last-minute replacement for Ultimate Fighting Championship hall of famer Ken Shamrock and wiped out reformed street-fighter Kevin “Kimbo Slice” Ferguson in 14 seconds on national television. “The Silverback” has compiled a mediocre 4-3 mark since and last appeared at Bellator 85 in January, when he succumbed to punches from Jacob Noe at the UCI Bren Events Center in Irvine, Calif. Petruzelli, 33, sports 13 first-round finishes among his 14 career wins.

FACT: This will serve as Bellator’s eighth trip to the state of Oklahoma. Only Florida (12), Louisiana (10) and New Jersey (nine) have been visited more by the promotion.

FACT: Undefeated Bellator lightweight champion Michael Chandler was originally slated to headline the event with a five-round title defense against Season 7 tournament winner Dave Jansen. However, matchmakers were forced to nix the bout when Jansen suffered a knee injury in training.

FACT: Lawal was a three-time NCAA All-American wrestler, earning the honors twice at the University of Central Oklahoma and once at Oklahoma State University.

FACT: Noe hails from Brighton, Tenn., a small 2.7-square-mile town in the Southwestern quadrant of “The Volunteer State” with a population of roughly 1,700.

File Photo
Sparks wastes no time.
FACT: Koncrete Gym representative Richard Hale was a two-division titleholder inside the Rage in the Cage organization, where he held both the heavyweight and light heavyweight crowns.

FACT: A four-time world sambo champion, Vitaly Minakov has made the transition to MMA look easy. The 28-year-old Russian has compiled a perfect 10-0 mark, including first-round knockouts over UFC veterans Fabiano Scherner and Eddie Sanchez.

FACT: Eight of Ron Sparks’ nine career bouts have ended inside the first round, five of them having lasted less than a minute.

FACT: “The Ultimate Fighter” Season 6 graduate War Machine has not fought since he stopped Roger Huerta on third-round punches under the Ultimate Warrior Fighting banner on Nov. 26, 2011 -- one year, six months and 24 days ago.

FACT: Heavyweight Raphael Butler, a former national Golden Gloves champion, was a professional boxer from 2004 to 2011. He posted a 35-12 record, including a pair of wins over Travis Fulton.