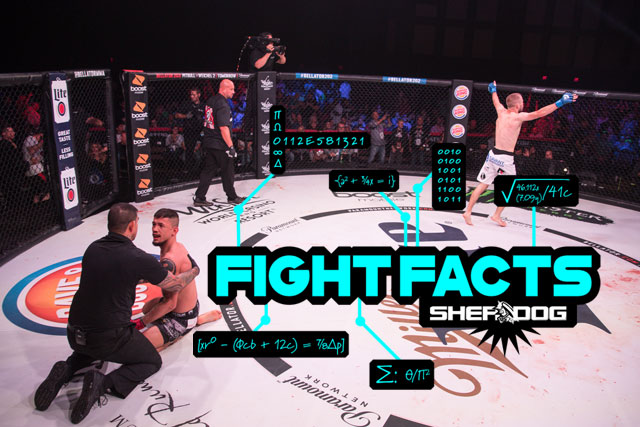 Heading back to Thackerville, Oklahoma, for the fifth time in a year, Bellator MMA on Friday brought wild action and a title fight to the Winstar World Casino. Bellator 202 featured the continued dominance of a powerful female champion, the United States debut of a dynamic Ukrainian prospect and the return of the most active female fighter in Bellator history.


WINNING AT WINSTAR: Bellator since 2013 has held 17 events at the Winstar World Casino in Thackerville, Oklahoma, tying it with Uncasville, Connecticut -- home of the Mohegan Sun Arena -- for the most events held in one city.

STEP IN THE RIGHT DIRECTION: Bellator 202 was the promotion’s first card since Bellator 190 in 2017 to feature no fights at a scheduled catchweight or a fighter that missed weight. However, Bellator 190 only staged five MMA fights.

CROWN JEWEL: Picking up her sixth win in Bellator, Budd moved into a tie with Zoila Frausto for the second-most wins by a female fighter in the promotion’s history. Frausto and “The Jewel” both trail Ilima-Lei Macfarlane with seven.

YOU’RE GETTING YOUR GRINDER ON MY GRINDER: Winning by technical knockout at 4:07 of the third round, Budd’s victory over Talita Nogueira was her quickest since she submitted Mollie Estes in the third round at Invicta Fighting Championships 5 in 2013. Budd has fought into the third round in her last eight fights.

MISS BELLATOR: Fighting under the Bellator MMA banner for the eighth time since her debut in July 2016, Emily Ducote has made more appearances than any other female fighter. She has also fought more times in Bellator since July 2016 than any other fighter on the roster.

YOU’VE GOT TO SEE THE SHOW, IT’S A DYNAMO: After defeating Ultimate Fighting Championship veteran Gerald Harris by decision in going the distance for only the third time in his career, Yaroslav Amosov pushed his undefeated record to 20-0.

THUNDERBEAST AND LIGHTNING, VERY, VERY FRIGHTENING: Steve Kozola knocked out Ryan Walker in 105 seconds, scoring his eighth career knockout. All nine of his wins have come by stoppage within the first two rounds.

RU-DY! RU-DY! RU-DY!: Raising his undefeated record to 5-0 with one no-contest, Rudy Schaffroth knocked out Jon Hill in 42 seconds. All six of his bouts have ended in the first round. His no-contest was the result of a malfunctioning cage door.

HOOKED UP: Scoring a first-round heel hook submission over Luis Evires on an untelevised preliminary bout, Nation Gibrick picked up the 15th heel hook victory in Bellator history. Thirteen of the 15 heel hooks performed in Bellator have taken place in the first round.

In its fourth trip to Italy, Bellator touched down in the city of Rome for the first time and held an event at the Il Centrale Live outdoor coliseum. On a card populated by mixed martial arts and kickboxing bouts, the MMA portion of Bellator 203 on Saturday featured a knockout tied for the fastest in the company’s history, a champion seeking the all-time wins record and an incredibly rare and devastating spinning back kick knockout.


PITBULL THE CONQUEROR: Winning a close split decision over Daniel Weichel, Patricio Freire picked up his 15th win under the Bellator banner, tying him with Michael Chandler for most on the organization’s all-time list.

THOUGHT WE WOULDN’T NOTICE, BUT WE DID: Although the tape-delayed broadcast on the Paramount network showed the bout between “Pitbull” and Weichel as the final fight of the event, the promotion actually shifted the contest between Alessio Sakara and Jamie Sloane to the end of the card to keep local fans in the crowd for the duration.

TRULY AN APOCALYPTIC FIGHTER: Scoring his 13th career first-round finish, Sakara handed Sloane his fastest stoppage loss to date with a 79-second TKO. Sakara has stopped his opponent in 16 of his 20 career wins. All of his recorded finishes have occurred in the first two rounds.

MACEDONIAN IN FULL BATTLE ARRAY: Knocking out the previously undefeated Will Fleury in 99 seconds, Alen Amedovski improved his own undefeated record to 6-0, with all six of those wins coming by knockout within the first two rounds.

YOU CAN’T DO THAT ON TELEVISION: In an untelevised preliminary bout, Michele Martignoni scored a knockout that tied him with Hector Lombard for the fastest in Bellator history, as he knocked out Simone D’Anna with a head kick in a remarkable six seconds.