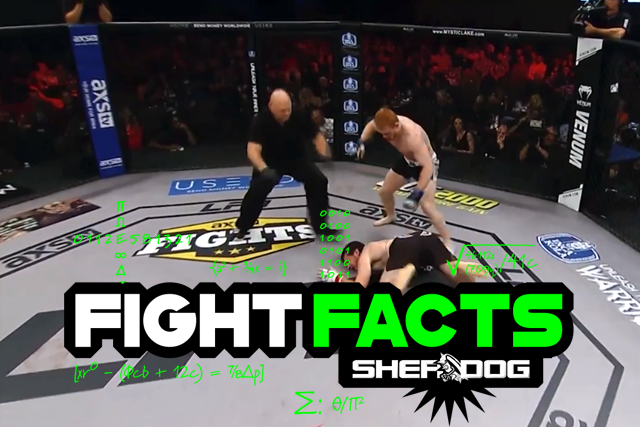 The Legacy Fighting Alliance on Friday returned to Prior Lake, Minnesota, and brought with it a series of great matchups with high-flying finishes. LFA 50 featured the first flying knee knockout inside promotion, an undefeated Brazilian bomber making his American debut and a pair of organizational standouts with statement-making wins.

BETTER THAN CRYSTAL LAKE: Prior Lake, Minnesota, has now played host to seven LFA events, the most of any city.

50 IS THE NEW 30: Although this was its 51st event overall, the appropriately titled LFA 50 was the promotion’s 50th numbered show. It reached the milestone in less than 22 months, far faster than any major promotion.

HEAVY IS THE HEAD: With two heavyweight bouts featured at LFA 50, this event became only the fourth to feature multiple heavyweight fights on a card, joining LFA 19, LFA 25 and LFA 38.

TWO PAIR: Brendan Allen and Bobby Lee both earned their fourth LFA win at LFA 50 and moved into a tie for the second place with five other fighters for most victories in the promotion’s history. They both fought for the sixth time under the LFA banner, tying Nate Jennerman for the second-most appearances with the company.

REVOLVING DOOR: As each of the first four fighters to win the LFA middleweight belt were eventually signed by the UFC, the main event middleweight title fight tied featherweight for the most title bouts in LFA divisional history with 5. No middleweight has ever attempted to defend their LFA belt.

THIRD TIME’S …: In what was his third opportunity, Allen finally won an LFA middleweight championship match. Allen was the only fighter to ever lose two LFA title fights and is the third fighter to compete in three title fights with the promotion. The two others, Kevin Aguilar and Robert Watley, won all three of their respective LFA title fights.

A LITTLE TOO RAPH: By knocking out Brian Heden in 99 seconds, Raphael Pessoa improved his undefeated record to 9-0. He has stopped seven of those nine opponents within the first two rounds.

NOT TODAY, MAYBE TOMORROW: Despite coming into the LFA cage with the second-most career wins of any fighter to ever compete in it -- only Carlo Prater (33) has more -- Heden lost to Pessoa by first-round knockout. Heden was also the third-most experienced fighter to fight for LFA, with 47 career fights, trailing Chris Mickle (54) and the aforementioned Prater (53).

LEAPIN’ LIZARDS: In scoring a huge flying knee knockout over Ben Neumann, Lee became the first fighter in LFA history to win via the maneuver.

THERE ARE OTHER SUBMISSIONS: All seven of Jason Witt’s submission wins have come by rear-naked choke, including his third-round finish of Ashkan Morvari.