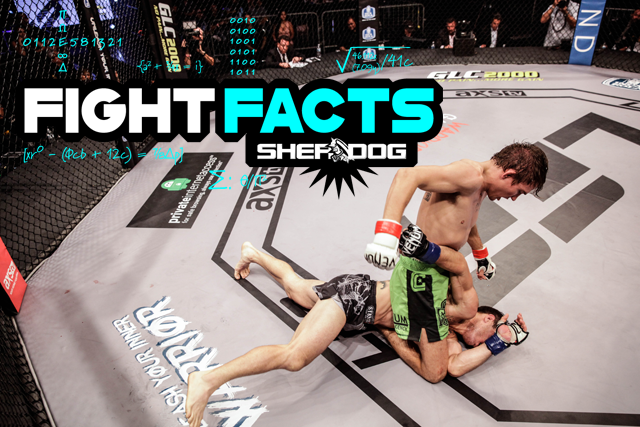 Despite losing its main event the day before, the Resurrection Fighting Alliance on Friday still managed to host an exciting card in Fresno, California. LFA 51 featured the second body-shot finish in the company’s history, the fastest submission for any flyweight to compete in the promotion and a sustained stretch of speedy stoppages.

CONNECT FOUR: The first four bouts at LFA 51, including an unaired preliminary match, ended inside the first round, each within the first two minutes. That stretch of consecutive first-round stoppages was the longest in the organization since LFA 36 on March 23.

TAKE WHAT WE CAN GET: Of the 22 events held by the LFA in 2018, 11 have featured at least two fights outside of traditional weight classes. Nohelin Hernandez and Rolando Velasco competed at a 140-pound catchweight at LFA 51, and the California State Athletic Commission forced the welterweight bout between Joaquin Lopez and Salaiman Ahmadyar up to a 175-pound catchweight.

TACHI NEVER DIE: Velasco and Cody Gibson each entered their respective bouts as 10-fight veterans in the California-based Tachi Palace Fights organization, among the most for any fighter under the TPF banner. Gibson and Velasco competed for the bantamweight belt back at TPF 27 in 2016, with Gibson winning by unanimous decision.

BODY BLOW! BODY BLOW! UPPERCUT!: In landing a fierce but legal body kick that damaged Andres Alcantar’s arm, Jordan Powell became the second fighter in promotional history to end a fight with a strike to the body. Previously, Thanh Le stopped Alex Black with a body kick and punches at LFA 3 in 2017.

JOAQUIN THROUGH THE COMPETITION: Improving his undefeated record to 5-0 with a first-round knockout of Ahmadyar, Lopez has stopped all five of his opponents by KO or TKO within the first two rounds.

TO THE VICTOR BELONG THE SPOILS: By tapping Carlos Hernandez with a guillotine choke in 76 seconds on an unaired prelim, Victor Gallegos earned the fastest submission victory and third-fastest stoppage in LFA flyweight history.

POUR ONE OUT: Had she not lost her opponent the day before the matchup due to injury, Sabina Mazo would have been the second women’s flyweight champion to attempt to defend her belt. Current Ultimate Fighting Championship competitor Andrea Lee was the first to successfully defend her flyweight title at LFA 23. She then signed with the UFC.

LOST IN TIME, LIKE TEARS IN RAIN: If the women’s flyweight championship matchup between Mazo and Jaimelene Nievara had taken place at LFA 51, it would have been the first-ever women’s main event for the organization.

VOTES FOR WOMEN, STEP IN TIME: Despite the LFA holding bouts in other women’s divisions, including strawweight and once at featherweight, the only existing female LFA championship is at flyweight. That lone LFA women’s featherweight matchup took place at LFA 14 between Courtney King and Colbey Northcutt, sister of the UFC’s Sage Northcutt.

NEVER SAY NEVER AGAIN: Coming into LFA 51, the LFA had never traveled to Fresno, California, Alcantar (four fights) and Ahmadyar (six fights) had never been defeated and Gustavo Erak had never competed outside of Brazil (24 fights).