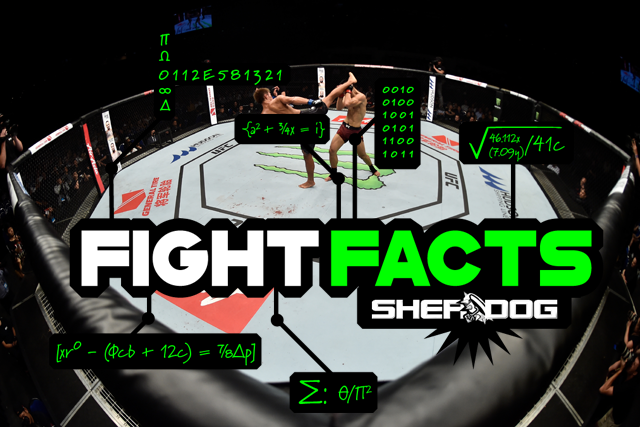 The Ultimate Fighting Championship on Saturday brought an event to Singapore for the second time, as UFC Fight Night 132 proved to be a card full of fun matchups that were worth a watch despite a 4:30 a.m. ET start. It featured a terrific showing for Chinese competitors, a fighter with a new lease on life in a new weight class and a rare variation of a classic submission maneuver.

OLD VAQUERO: Making his 28th appearance inside the Octagon, Donald Cerrone tied Demian Maia and Gleison Tibau for third on the UFC’s all-time list in the category. They trail only Michael Bisping and Jim Miller, both with 29. All four men made their debuts prior to Cerrone’s arrival in 2011: Bisping and Tibau in 2006, Maia in 2007 and Miller in 2008.

GOING THE DISTANCE: Cerrone reached the scorecards in a five-round fight for the first time since his first encounter with Benson Henderson at WEC 43 in 2009. He competed in six five-round fights between Henderson and his battle with Edwards at UFC Fight Night 132. Cerrone has lost all three of his career bouts that entered a fifth round.

STRAIGHT AS AN ARROW: Surviving an early knockdown from Tyson Pedro, Ovince St. Preux pulled off an unusual straight armbar submission. It marks only the eighth time that variant of an armbar has been performed inside the UFC and the first since Zak Cummings submitted >Alexander Yakovlev with one at UFC Fight Night 99 in 2016.

EYES OPEN: With a second win at 125 pounds, Jessica Eye has now recorded more victories in that division than she did during her entire seven-fight run as a bantamweight.

A JESSICA-ROSE BY ANY OTHER NAME: For the second time in UFC history, two women named Jessica fought one another, as Eye met Jessica-Rose Clark. The first occurrence of such a pairing was Jessica Andrade-Jessica Penne at UFC 199.

THE POWER OF SONG: Kenan Song and Yadong Song have both fought in the UFC twice, and they have appeared on the same card together both times. The two men made their promotional debuts at UFC Fight Night 122 in Shanghai, China, in November. On both occasions, the two Songs were victorious.

ANIMAL CONTROL: By putting Shinsho Anzai to sleep with a rear-naked choke in the first round, Jake Matthews joined St. Preux, Drew Fickett and Gabriel Benitez as the only fighters in UFC history to render multiple opponents unconscious with chokes. While Kevin Lee has also been awarded two technical submissions via choke in his UFC career, his bout with Michael Chiesa was highly controversial.

FROM THE TAP: Yuta Sasaki picked up his third submission victory at flyweight, as he forced Jenel Lausa to tap to a rear-naked choke. In doing so, he joined John Moraga and Jussier da Silva with the second-most submission victories in divisional history. They all trail Demetrious Johnson, who holds five submission wins at flyweight.

NEVER SAY NEVER AGAIN: Entering UFC Fight Night 132, Ishihara and Arantes had never been knocked out (17 and 30 fights, respectively), Anzai had never been submitted (12 fights) and Naoki Inoue had never been defeated (11 fights).

COWBOY, BABY: For the 28th time in 28 Octagon appearances, Cerrone made his way to the cage to his trademark walkout song -- Kid Rock’s “Cowboy.” While he was defeated, he extended his own record for the most-used walkout song by a single fighter. The only fighters who come close to the record are Joe Lauzon, who has walked out to Thousand Foot Krutch’s “Move” 25 times, and Michael Bisping, who walked out to Blur’s “Song 2” 24 times.

I DON’T KNOW WHAT I EXPECTED: Pedro walked out to “Sexual” by Swedish artist Neiked featuring Dyo for the fourth time in his UFC career; and his loss to St. Preux was the first time he had tasted defeat while accompanied by the unconventional walkout song. His other loss in the UFC came when he walked out to “Fantasy” by Mariah Carey.

NOT THE WILL FERRELL VERSION: Walking out to “Time to Say Goodbye” by opera singers Andrea Bocelli and Sarah Brightman, Sasaki became the second recorded fighter in UFC history to walk out to that song. Previously, the song was famously attributed to Yoshihiro Akiyama, who made his walk to the cage with it in each of his seven Octagon appearances.