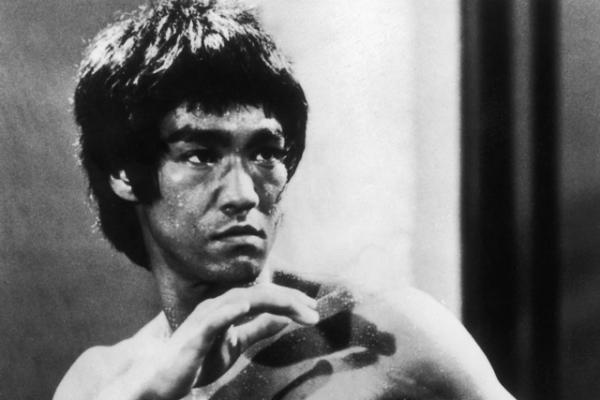 
Some might scoff at the idea of a martial artist with no verifiable competition record being called the Father of Mixed Martial Arts, but that is exactly how Ultimate Fighting Championship President Dana White has referred to Bruce Lee.

“Martial arts has evolved more in the last 10 years than it has in the last 10,000 years, because all of the stuff Bruce Lee talked about and all of his philosophies and the things he believed were finally proven, and now this new martial art was able to grow and evolve,” White said in the 2012 documentary “I Am Bruce Lee.” “The thing about the martial arts business is that you’ll have people debating this stuff. There’s no debate. Bruce Lee is definitely the father of mixed martial arts.”

Though not complicated, Lee’s beliefs were revolutionary, as he saw the inherent limitations of sticking to a rigid set of rules or techniques. As a result, he developed jeet kun do, a flexible, free-form philosophy that acknowledged the unpredictable nature of a real confrontation and the strengths and weakness of a given individual caught in that conflict. Emphasizing straightforward movements and physical fitness applied under the duress of a full-contact encounter, Lee tried to adopt useful techniques wherever he could while discarding that which proved ineffective.

“Bruce would never have described it as a ‘system,’ because a ‘system’ is an organization of certain rules, and his way of martial arts did not have any set rules,” Lee’s widow, Linda Lee Cadwell, told Yahoo! Movies in 2013. “It is what is best for the individual person who is learning it.”

Born on Nov. 27, 1940, in San Francisco, Lee lived out his childhood in Hong Kong, where he studied wing chun kung fu before returning to the United States at the age of 18. Lee soon made the acquaintance of American kenpo karate founder Ed Parker, who invited him to perform demonstrations at the Long Beach International Karate Championship. It was a sign of what was to come, as Lee showed off the blinding hand speed he had developed as a wing chun practitioner and introduced the words “one-inch punch” into the American martial arts consciousness. Soon after, Lee began to develop jeet kun do.

Lee’s demonstrations led to his being cast as Kato in “The Green Hornet” television show, but leading stateside film roles still eluded him. As a result, he returned to Hong Kong, where he began a film career, starring in classics like “The Chinese Connection” and “Return of the Dragon,” which featured Lee and Chuck Norris battling to the death inside the ruins of the Roman Coliseum.

Lee’s masterpiece came in 1973, when the iconic “Enter the Dragon” became an international box office success. Unfortunately, Lee did not live to see the film hit the big screen, as the 32-year-old died suddenly six days before the picture’s release.

In spite of Lee’s untimely passing, his legacy lives on to this day. The film star inspired generations of people worldwide to take up the martial arts and pioneered a new way of thinking about modern combat -- a philosophy rooted not in rigid ideals but in humility, open-mindedness and realism.