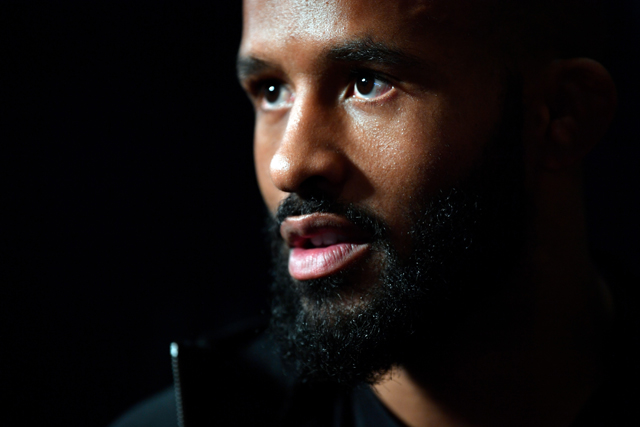 There’s a lot to cover here, but let’s start with the extrication of Johnson, who holds company records for title defenses (11), the latest fight stoppage (4:59 of round five) and damn near every record in the flyweight division. The fact that the industry leader appears to be willing to part ways with one of the greatest fighters in MMA history says that those metrics don’t matter to the company’s new owners, and that the UFC of 2018 no longer sees itself as a custodian for the sport, but as just another business.

To be sure, this is not a new development. Fighters and media have despaired over the promotion’s short-sighted, money-hungry trajectory since it was bought out by the talent agency Endeavor in 2016, citing the company’s inability to retain top-flight talents including Gegard Mousasi, Ryan Bader, Kyoji Horiguchi and Rory MacDonald as a sign it more interested in event promotion than it was maintaining a truly world-class roster. The difference here though is that those were highly ranked contenders that never reached the pinnacle. DJ is the pinnacle, and they’re giving him up for a guy that Dana White has been labelling as untested for the past five years?

That’s a turn for the worse -- especially since the UFC has more than enough money to sign Askren and give One Championship a kickback of some variety for releasing him. Johnson built the 125-pound weight class. That he may not get the opportunity to complete his trilogy with Henry Cejudo -- who won a razor-thin split decision over Johnson in their rematch at UFC 227 -- is a major loss for fight fans, and many are right to suspect this will be a forerunner to the company axing the division altogether.

We’re a way off from writing that eulogy, but if this deal goes ahead it’s hard to imagine the company making much of an effort trying to reinvigorate interest in the remaining 125-pounders. Indeed, Cejudo -- who has had difficulties with making the weight in the past -- and might not even be sticking around, and many of the higher-ranked guys in the division were lunchmeat for Johnson in the past. If I were Jussier da Silva or Joseph Benavidez, I would be eating plenty of steak and potatoes. There’s a good chance the next time we see them it’ll be at bantamweight -- or another promotion entirely.

As for Johnson himself, I’d be lying if I said I wasn’t happy that he might be on his way to an organization that will put a proper effort into promoting him. No one should begrudge him for opting to make millions melting subpar opposition in Singapore, and given his problems with the UFC in the past, it was unlikely he was ever going to get the respect he deserved if he stuck around. That is a saving grace in this situation, and assuming Johnson gets his money upfront rather than in stock options we can rest easy knowing that his financial future is likely much rosier than it would be in the United States.

On to “Funky,” the enigmatic welterweight who has spent years putting on wrestling clinics in Bellator MMA and then One Championship whilst fans pontificated on how he would fare against the UFC’s 170-pound elite. As foreshadowed above, the organization’s president had not demonstrated much interest in that eventuality until now -- Askren alleged earlier this year that the promotion induced him to leave Bellator in 2013, but immediately withdrew their offer -- so the timing of this move provokes more questions than answers.

Putting the loss of Johnson aside for a minute, is it a good thing that the UFC appears finally ready to get out of its own way and sign perhaps the best welterweight that’s never fought in the Octagon? You’re damn right it is. At 34 years old, Askren isn’t a young buck, but his suffocating, grappling-centric style has allowed him to avoid taking much damage in his 19-fight career. He also owns blowout victories over some legitimate killers at 170-pounds -- including former Bellator champions Douglas Lima and Andrey Koreshkov -- and there’s no shortage of fascinating style matchups waiting for him in the Octagon.

His close friendship with current welterweight kingpin Tyron Woodley does comprise something of an obstacle to placing him in a title fight if “The Chosen One” manages to stay on top -- the two train together at Roufusport in Milwaukee, and have previously stated they will never fight one another -- but that’s a bridge that doesn’t need to be crossed just yet. Bring on “Funky” versus anyone in the top five.

On Precedents and Other Matters

How will this transaction affect the wider MMA universe going forward if it does go ahead? That’s a harder one to weigh in on. We don’t know the circumstances leading up to the deal, and despite some commentators heralding it as the beginning of a free(r) market, in reality this is two promotions bartering over the rights of fighters who -- in a genuinely unbridled market -- wouldn't necessarily be signing long-term exclusive agreements to begin with.

With that said, would it be cool to see fighters move more freely across promotions when it makes sense? Yeah, it would be. Bellator President Scott Coker seems interested in the idea, and expressed a willingness to facilitate champion-versus-champion fights with other promotions as recently as two weeks ago. We’ve seen fighters grow restless in one promotion and yearn for greener pastures before, and whilst in an ideal world the fighters would band together and secure less restrictive fighter arrangements via regulatory reform, we still seem a long way from doing that. To the extent that fighters are advantaged by the increased mobility, and fans are treated to better matchups, this could be a good development.