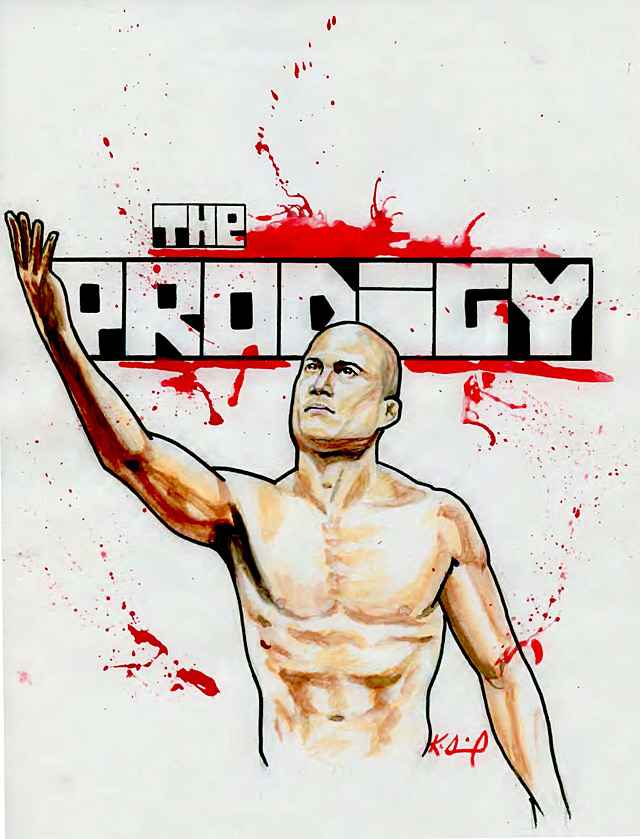 When the bout between B.J. Penn and Yair Rodriguez was announced, my immediate feeling was that it was stupid. Part of that opinion is rooted in the fact that Penn was one of the first fighters that brought me into the sport, and he has captured my imagination of what is possible as a mixed martial artist like no one has before or since. To say he’s a legend in the sport is trite; to my mind, the highs of his career represent the absolute ceiling of competitive martial arts.


Advertisement
One of the primary appeals of martial arts is the idea that technique trumps physical advantages. Bruce Lee, for instance, was the introduction of traditional martial arts for many of us. Perhaps his most famous fight scene is against the 7-foot-2 Kareem Abdul-Jabbar in “The Game of Death.” In that scene, the 5-foot-8 Lee uses a variety of techniques from different disciplines to eventually overcome an opponent who absolutely dwarfed him. Of course, that was just a movie, but a part of us knows that hyper-skilled technicians can, to an extent, be better fighters than someone who is bigger, stronger and more athletic than them.

That’s why Penn is as beloved and iconic as he is. What he was able to accomplish at weights well above his natural 155-pound weight class -- winning an Ultimate Fighting Championship belt at welterweight against a dominant champion, winning fights at middleweight and being competitive against a 218-pound Lyoto Machida -- was unprecedented and will likely never be replicated. Penn is by no means a poor athlete, but he’s also not a very good one in terms of traditional metrics. What made him great was his pure, raw talent. The fact that he undertrained made me more of a fan, if I’m being honest, since it further proved that the fight game was one of skill and technique more than anything else.

Of course, his career showed us the limits of that concept. Against nemesis George St. Pierre, the fight-altering impact of size, strength and athleticism was on full display. Of course, St. Pierre was a brilliant technician, as well, but the real difference between the two was not in fundamental technique. The difference was that they were more or less equally skilled, but the Canadian was exponentially more athletic.

Now, Penn is 38 years old. His technique is no doubt still top-shelf, but age deteriorates the body of even the most talented martial artists. In the past six years, he has gone 1-5-1. Granted, all five of those losses came against titleholders or title contenders and three of them were against welterweights who were much bigger than he is, but the point is that he is quite clearly past his prime. I’m not suggesting he retires; there are plenty of fighters on the roster who have seen better days and are still providing value to the sport and the promotion. The problem is that he’s fighting Rodriguez in the UFC Fight Night 103 main event on Sunday in Phoenix.

I understand the rationale. Big names, even when they’re overdue, can act as resume builders for up-and-coming prospects. It is perhaps the final way to add value, to pass the torch from one generation to the next. Right now, “The Ultimate Fighter Latin America” winner’s biggest win was a split decision against Alex Caceres at UFC Fight Night 92. A win over a name like Penn could do a lot for his career. On the flipside, if Penn beats Rodriguez, that’s a feather in his cap for beating a talented fighter from a completely different generation: By the time Rodriguez made his professional debut, Penn was 16-7-2 in the sport and already on the decline.

Yet I can’t say that the gambit feels good. If anything, it feels like UFC matchmakers are punishing Penn for continually prolonging his comeback. When he was slated to fight fellow old-timer Dennis Siver at UFC 199 in May, it felt right. When Siver fell out with an injury and was replaced with Cole Miller, I still dug it; Miller was getting older himself, and there was a narrative angle to play up since he was a member of “The Ultimate Fighter” season on which Penn coached. Penn was then flagged by United States Anti-Doping Agency for using an IV and was pulled from that fight; he was eventually rescheduled to fight perennial featherweight contender Ricardo Lamas. That was a horrifying matchup for Penn fans, as Lamas was still very much in the title picture at 145 pounds. That hardly seems like an appropriate fight for someone returning after three straight losses and two years off.

That fight got nixed and now we’re here, fighting an even younger, more athletic opponent in Rodriguez. My beef with this fight is not that it is unwinnable for Penn. Quite the opposite: Penn has a distinct way to win via the ground and submission game. In the event that “The Prodigy” can drag “El Pantera” to the mat and find his trademark rear-naked choke, what’s the point? It would be a setback for a young fighter and would push Penn no closer to the title shot he is chasing. If anything, the objective perspective would be that the best-case scenario would be an exciting fight where he loses. That’s tough to swallow.

No one can take away Penn’s accomplishments. He’s more than a legend and a hall-of-famer. He was a trailblazer for the lightweight division and remained relevant in the highest levels of the sport for a decade in several weight classes. He’s the greatest lightweight to step into the cage and a true fighter. Yet the same drive that pushed him is now, at 38 years old, working against him. No one can doubt his skill or his heart, but unfortunately, the game of mixed martial arts is more than that. It is a physically demanding, unforgiving sport that has no problem sacrificing its greats on the altar of youth and athleticism.

Hailing from Kailua, Hawai’i, Eric Stinton has been contributing to Sherdog since 2014. He received his BFA in Creative Writing from Chapman University and graduate degree in Special Education from University of Hawai’i. He is an occasional columnist for Honolulu Civil Beat, and his work has also appeared in The Classical. You can find his writing at ericstinton.com. He currently lives in Seoul with his fiancé and dachshund.
Related Articles
Latest News
+ VIEW MORE