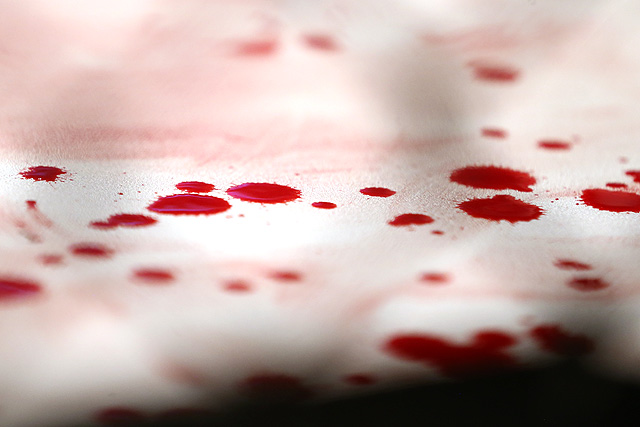 Sign up for ESPN+ right here, and you can then stream the UFC, PFL, Dana White’s Contender Series and “The Ultimate Fighter” live on your smart TV, computer, phone, tablet or streaming device via the ESPN app.

It has been an ugly few months for the emerging trend of bareknuckle fighting cards primarily marketed towards mixed martial arts fans. By far the saddest development was Justin Thornton’s death a week ago from injuries suffered in an August knockout loss to Dillon Clecker, an opponent with an 11-1 MMA record. The 38-year-old Thornton’s record was 6-18. With a lot of negative scrutiny already on bareknuckle boxing, a card on Saturday featuring a main event between 38-year-old Melvin Guillard and 39-year-old Joe Riggs didn’t help. Following a one-punch knockout that caused five orbital fractures, Guillard posted pictures of his ghastly facial injuries from the hospital before undergoing surgery.

For a longtime supporter of MMA, there is some hesitancy in going after bareknuckle boxing cards. An established combat sport going after a less powerful competitor over safety concerns feels all too familiar to the way boxing’s supporters once railed against what was then called No Holds Barred fighting and nearly succeeded in killing off the fledgling sport in North America. It’s all too easy for one combat sport to claim another sport’s rules are more dangerous, as even a good faith actor is going to naturally feel greater comfort in rules that are more familiar.

In truth, all combat sports have their safety pros and cons. Bareknuckle boxing’s lack of protection on the hands means punches can land harder and open up more cuts than with gloves. However, that lack of protection also means it’s easier to damage the fists when throwing those punches. That, in turn, can mean less damage over time and also can deter fighters from throwing with the same force for individual blows. Removing kicks and knees takes away dangerous weapons, but removing submissions also removes a less damaging method for ending fights.

That is not to say that all combat sports are equally dangerous. With time combined with quality research and statistical analysis, it’s likely we’ll have a much better sense in 20 years which combat sports take the greatest toll on the human body. However, what distinguishes bareknuckle boxing today is not that that the sport has been proven to be more dangerous in the long term. Rather, it’s what is being done with the sport in its current incarnation. The Riggs-Guillard and Thornton-Clecker fights are instructive in that regard.

All combat sports have fights between past-their-prime stars, from Mike Tyson-Roy Jones Jr. to Chuck Liddell-Tito Ortiz. What separates bareknuckle boxing is that it is built almost entirely around curiosity fights featuring past-their-prime MMA stars rather than intrigue surrounding identifying the best fighters under this particular set of rules. That’s a major problem when it comes to the health of the fighters because without a contingent of elite competitors best able to handle the natural dangers of the sport, the sport has to rely on finding more and more aged fighters not as well-equipped to take serious damage anymore.

Guillard entered his latest bareknuckle appearance having lost nine straight MMA bouts and three straight bareknuckle fights, with eight of those losses coming via knockout or technical knockout. Even if you feel a commission should still allow him to fight if he so desires, it’s exceedingly hard to argue that history and his age do not put him at considerably greater risk than a younger man who has not taken so many beatings. However, the whole business model of bareknuckle fighting is built on a revolving door of competitors in that position, and there’s always another group of older MMA stars who could use another payday.

When an organization like Bellator MMA goes too far with freakshow fights, it can course correct and refocus on its best fighters. With bareknuckle fighting, it’s not even clear who those fighters are. That’s not the hook. If anything, the fighters making their way into bareknuckle fighting are often the ones who should be most strongly implored to not do this in their late 30s and early 40s: the likes of Guillard, Joey Beltran, Leonard Garcia, Chris Leben, Antonio Silva and Houston Alexander. These are men who have been through the wars and have been knocked out in brutal fashion many times. Yet they continue on, and in fights consisting of nothing but bareknuckle punches.

Thornton was the natural extension of this type of matchmaking, not in the sense that someone was inevitably going to die but in the sense that if you’re matchmaking without much in the way of consideration for the health of the competitors, even the most lopsided of fights can be made. With that approach comes great danger, regardless of the rule set. It’s the unfortunate reality of the current bareknuckle approach, and we haven’t seen the last of the fallout.