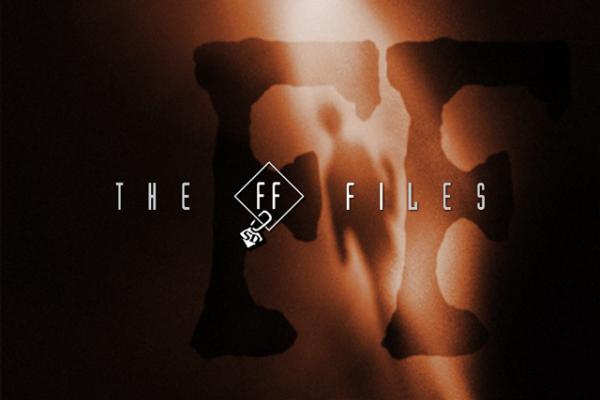 It’s been awhile since the last edition of “The FF-Files,” and to the six or eight people who might have been waiting for this, I sincerely apologize. It turns out this column is self-destructive, because its creation has led to dozens of emails from fighters and promoters requesting updates, which means I’ve been so busy adding results to the Fight Finder that I haven’t had time to do other things, like write about adding results to the Fight Finder.

The hiatus wasn’t all bad though. For example, it gave Sherdog time to order up that spooky new header image -- an homage to the logo of the blessed namesake -- just in time for the greatest month of the year.

But break time is over, and now it’s back to plumbing the depths of the FF to discover what strangeness September had to offer...

• There are a lot of ways an MMA fight can end, but there are also a finite number of ways that an MMA fight can end. After years of looking at results on a daily basis, it can start to feel like you’ve seen them all. And then, one day, something like Capixaba Fight rolls through your inbox.

On Sept. 13 in Guarapari, Brazil, midway through the second round of the show’s featherweight main event between Eduardo “Dudu” Bastos and Paulo “Ze Doido” Machado, Bastos landed a knee that left Machado doubled over in pain. After the referee stepped between the fighters, Bastos’ cornermen and a small mob of rowdy supporters scaled the fence to climb into the cage and celebrate. The only problem? The fight wasn’t over.

Bastos’ knee struck Machado in the groin, and the referee had only paused the action due to the low blow. After the cage was cleared, the situation was explained to all parties, which led to a heated conversation between the ref and Machado’s trainer, Bellator veteran Luis “Sapo” Santos. According to Globo Sport -- where you can watch a video of the whole incident -- Santos requested that Bastos be docked a point for the foul. When the referee refused, Santos advised Machado to abandon the fight, leading the result we’re left with now: a TKO win for Bastos by way of retirement.

• On a related note: Jonathan Gary makes his Bellator debut tomorrow night, and while his record shows back-to-back losses, one of those defeats should probably be disregarded. Gary traveled to Brazil last November for Haidar Capixaba Combat 14, where his groin was subjected to much punishment by the knees of Thiago Resende Campos.

Gary took his first low blow less than a minute into the fight and needed more than two minutes to recover. Later in the round, Campos drilled Gary’s cup with another knee. When referee Agnaldo Goes failed to recognize the foul, Gary turtled up and Campos smashed on the American with hammer fists to the back of the head until the fight was stopped. Taken alone, the fight looked like an instance of poor officiating, something that would certainly be overturned were it to take place in the UFC. But things got weird after the fact, when event promoter Haidar Kasem Alkadomi not only refused to correct the result, but accused Gary of faking the second groin strike. Unfortunately, since the event wasn’t overseen by any sanctioning body, only the promoter has the authority to overturn the result. You can watch a video of the fight here and draw your own conclusion.

• Not all promoters are so reluctant to admit when something’s gone wrong. South Korea’s leading MMA organization, Road FC, was quick to correct a major error from their Aug. 30 event in Seoul. At the event, visiting Japanese bantamweight Nobuhito Irei lost a controversial split decision to Duk Young Jang -- a Korean fighter who also happens to be the head of the Refereeing and Judging Commission which oversaw the event. Within 24 hours, Road FC officials had overturned the result to a unanimous decision in Irei’s favor and vowed to have more communication with the commission “to ensure that all future judges and referees are experienced and capable.”

• Sometimes we screw up, too, and sometimes those screw-ups stay in the Fight Finder for a long time before anyone notices or corrects us. Case in point: Until last month, World Series of Fighting bantamweight champion Marlon Moraes had a victory on his record that didn’t belong to him. The fight in question was from Paranagua Fight 1 in March 2007, and although the reason for the error will probably never be known, we now have it correctly recorded as a win for Marlon Fernandes. Thanks to Evandro Oliveira, who also fought on the card, for the tip.

• Lastly, something was going on at Ansgar Fighting League’s Sept. 20 show in Barcelona, Spain. Maybe there were a lot of sloppy double-leg entries, or maybe the losing fighters all had really long necks, but there has to be some explanation for a card with six straight finishes by way of guillotine choke.