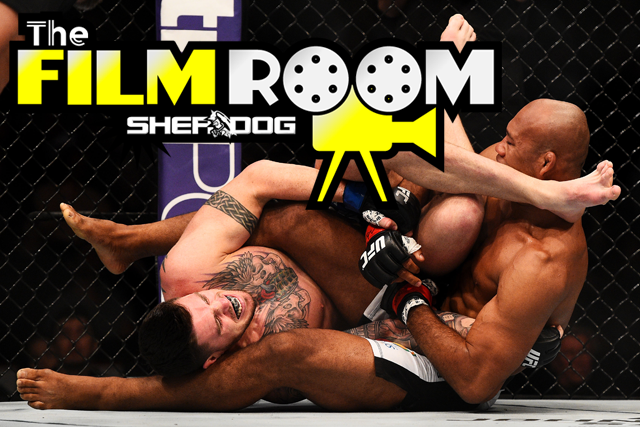 One of the most decorated Brazilian jiu-jitsu artists in MMA history steps inside the Octagon once again Saturday when Ronaldo Souza takes on former Ultimate Fighting Championship middleweight king Chris Weidman at UFC 230. At 38 years-old with a lifetime of martial arts experience, “Jacare” is still in the 185-pound title picture and a win over Weidman might garner him his first shot at a UFC divisional crown.


Jacare is without a doubt one of the BJJ players to ever step inside a cage and has accomplished nearly everything a mixed martial artist could ask for except holding a UFC title. He is a five-time medalist at the ADCC Championships, a 10-time medalist at the World Jiu-Jitsu Championship, including eight golds and is widely considered one of the greatest competitors of this generation along with Roger Gracie and Marcelo Garcia.

From a wrestling standpoint, Jacare doesn't have the best takedowns but his relentless pressure and willingness to never give up on a shot has allowed him to trip or tackle nearly every one of his opponents. When fatigued, he will often shoot for double legs from a mile away. When fresh, he can back opponents to the cage with pressure and shoot for whatever he wants against the cage. He also has his fair share of throws from the clinch, but his go-to move is a double leg against the fence, set up with an overhand right.

Once on the ground, Jacare has some of the slickest guard passes and transitions in the game. He generally likes to land in half guard or side control after takedowns and will use chest-to-chest pressure to pass into the mount or take the back. The most interesting aspect of his pass game is how he chains them together and feints to either side. Against a fellow exceptional grappler in Gegard Mousasi, he would feint a pass to half guard to one side before quickly turning his hips and passing in the other direction. If you watch closely, you will also notice that he goes through the same steps to pass into mount. If he ends up in full guard he will either go chest-to-chest to pass to half or tripod up and swing his legs over into side, similar to Demian Maia. Once in side, he will put pressure on the chest and post up on his feet to pass into mount, as he did against Chris Camozzi.

Once in a favorable position, Jacare will aggressively look for submissions but he can also pull them off in unexpected transitions. Of his 25 wins, 14 are via submission, with the arm triangle being his favorite. This comes the most often because he likes to play out of side control. Similar to his passes, if you watch closely you can see Jacare going through the same motions to set up the arm triangle. Once he has passed to full mount, he will fake a back take and quickly lock up the kata gatame as the opponent is turning to defend their back.

Although Jacare is one of the greatest grapplers ever, he is by no means a one-dimensional fighter. He possesses a terrific overhand right, especially on the counter. Since opponents are worried about his grappling they often get too aggressive on the feet looking for an early finish and are met with a lightning quick counter overhand right. He also uses this to back opponents to the cage, where he most efficient with takedowns.