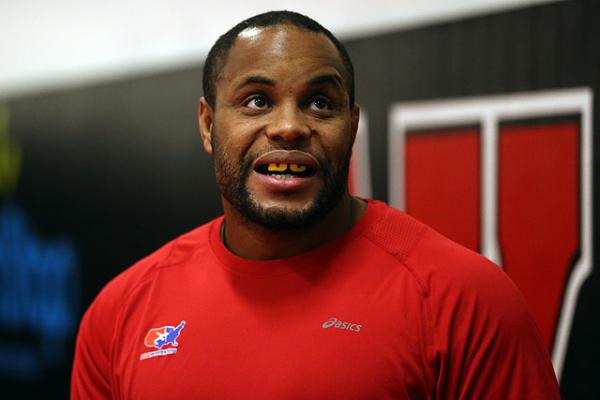 
Daniel Cormier can see the mountaintop.

“I know that I put in the work,” Cormier said on “Countdown” to UFC 173. “I’m committed. I’ve got the mental [ability]. I’ve got the physical [ability]. I really do honestly ... with every fiber of my being, I believe I can be the champion. If I am to accomplish my goals of being the world champ, I’ve got to be better, so every day I come [to train] in here with a goal, and that’s to get better.”

After spending his first 13 professional fights in the heavyweight division, Cormier downshifted to 205 pounds in February. The results were devastating, as the 35-year-old Louisiana native laid waste to Patrick Cummins, a short-notice replacement for the injured Rashad Evans, in 79 seconds at UFC 170.

“I’m going to finish my career in this weight [class],” Cormier said. “It’s just a perfect fit. It’s where I belong. It’s probably where I should have been fighting the whole time.”

Henderson serves as a far more formidable obstacle than Cummins. The 43-year-old has long cemented his place as one of MMA’s most accomplished competitors. Still the only man to hold major mixed martial arts championships in two weight classes simultaneously, Henderson halted a three-fight losing streak at UFC Fight Night “Shogun vs. Henderson 2” in March, when he put away Mauricio Rua with third-round punches in their anticipated rematch.

“He’s won everything,” Cormier said. “He won in Pride. He won in Strikeforce. Dan Henderson’s been the model for what I want to be in the sport. I’m excited to test myself against him, though. I really am. Initially, I didn’t want to fight him because I kind of idolized the guy, but, you know what? Once the ink dries on the bout agreement, you just put ’em in the cage and I’ll go beat ’em up.”

“At this point in my career, with the skills that I have and with my commitment to getting better, I don’t see any reason I can’t win every single fight I’m in. Not many guys go through their career undefeated ... like nobody [does]. That’s my goal. I don’t want to lose -- ever. 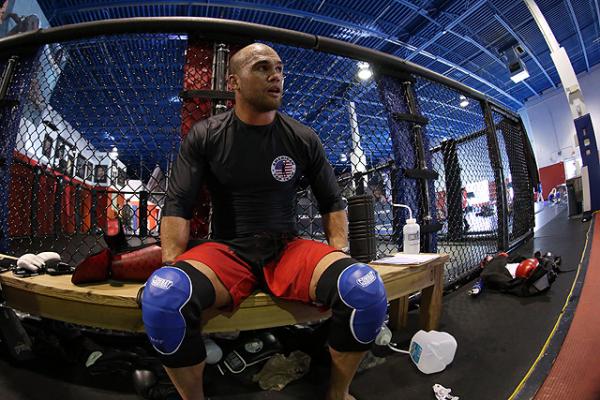 Having reinvented himself at 170 pounds, the former EliteXC champion will collide with Jake Ellenberger in a pivotal welterweight showcase at UFC 173. Lawler, 32, last appeared at UFC 171 in March, when he wound up on the wrong side of a contentious unanimous decision to Johny Hendricks in a showdown for the vacant Ultimate Fighting Championship title at the American Airlines Arena in Dallas.

Lawler has been something of a revelation since he returned to the UFC in February 2013. He has compiled 3-1 record inside the Octagon, with wins over Josh Koscheck, Bobby Voelker and Rory MacDonald. Lawler credits the work he has put in with American Top Team for his resurgence.

“Even though I’m 32, I’m getting so much better,” he said. “I’m getting stronger. I’m pushing myself. My skills are higher now, just working with different coaches and not just sticking with who I was five years ago. The coaching’s awesome. They’re pushing me to get better, and that’s what I’m doing every day.”


When bantamweight champion Renan Barao sets foot inside the Octagon, nine years, 10 months and one day will have passed since he suffered the only defeat of his professional career: a unanimous decision loss to Joao Paulo Rodrigues de Souza at a Heat Fighting Championship event in his native Brazil ... Francisco Rivera hails from Whittier, Calif., the same hometown as six-time MLB all-star Nomar Garciaparra, who in May 1999 became the 11th player in history to hit two grand slams in the same game ... Arizona Combat Sports representative Jamie Varner was one of seven men to capture the World Extreme Cagefighting lightweight championship, along with Gilbert Melendez, Gabe Ruediger, Hermes Franca, “Razor” Rob McCullough, Benson Henderson and Anthony Pettis ... In his four UFC appearances, “The Ultimate Fighter” Season 15 winner Michael Chiesa has banked a pair of “Submission of the Night” bonuses totaling $90,000 ... Lightweight strikers Tony Ferguson and Katsunori Kikuno have 20 first-round finishes between them ... When undefeated Louisianan Aaron Phillips was born on Aug. 5, 1989, the top five movies at the domestic box office were “Parenthood,” “Turner & Hooch,” “Lethal Weapon 2,” “When Harry Met Sally ...” and “Batman” ... Anthony Njokuani has not recorded consecutive wins since beating Bart Palaszewski, Muhsin Corbbrey and Chris Horodecki in succession roughly five years ago ... Welterweight David Michaud graduated from South Dakota State University with a degree in Journalism ... Canadian grappler Mitch Clarke has held titles inside the Evolution Fighting Championships and The Fight Club organizations ... “The Ultimate Fighter” Season 18 winner Chris Holdsworth has submitted all five of his opponents inside two rounds.