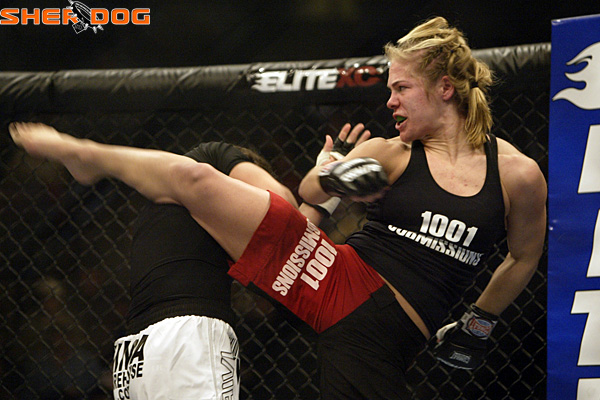 
The Ultimate Fighting Championship will travel Down Under for the first time in nearly a year on Friday, when the Las Vegas-based organization holds UFC Fight Night 33 from the Brisbane Entertainment Centre in Brisbane, Australia.

The main card airs live on Fox Sports 1 and is headlined by a heavyweight showdown between Antonio Silva and Mark Hunt. Immediately prior, former light heavyweight champion Mauricio Rua will do battle with James Te Huna in the co-main event slot.

Preceding the main card broadcast, the preliminary draw airs live on Fox Sports 1 and Facebook. Here are five reasons to tune in for the undercard:


‘Fireball’ on the Hot Seat


Julie Kedzie could use a victory right about now.

“Fireball” rides a three-fight skid into her clash with Bethe Correia, who recently replaced another undefeated prospect in Aleksandra Albu after the Russian bantamweight withdrew due to injury.

Kedzie joined the UFC earlier this year after going winless in her two-fight Strikeforce run. However, the Jackson’s Mixed Martial Arts product nearly ended that stint in glory by taking Miesha Tate to the limit before submitting to a third-round armbar. The veteran then put forth a valiant effort against Thai boxing ace Germaine de Randamie in her UFC debut in July; however, Kedzie ultimately came up short when her top control, as compared to the Dutchwoman’s superior clinch work, proved insufficient to sway two of the three judges.

While it is by no means guaranteed that Kedzie will receive a pink slip in the event of a loss, I do not think it is out of the question when considering the ever-expanding nature of the women’s bantamweight division. Can Kedzie avoid her fourth consecutive setback when she meets Correira?


After an underwhelming Octagon debut, Caio Magalhaes looked like a man to be reckoned with in his sophomore promotional appearance. Based on his performance against Buddy Roberts, it appeared unlikely that such a stout effort would be put forth in his next bout, but that is exactly what transpired.

Roberts out-struck the Brazilian jiu-jitsu black belt and stifled his increasingly desperate takedown attempts as he began to fatigue, handing Magalhaes his first defeat via unanimous decision last year at UFC on FX 3. One year later, Magalhaes returned to the cage against Karlos Vemola, weathering an early storm from the Czech powerhouse before submitting him with a second-round rear-naked choke. The Brazilian clearly learned a lesson about conditioning against Roberts and put it to good use in his second outing.

Can Magalhaes now add another victory to his record at the expense of Canadian talent Nick Ring or will “The Promise” send him packing? 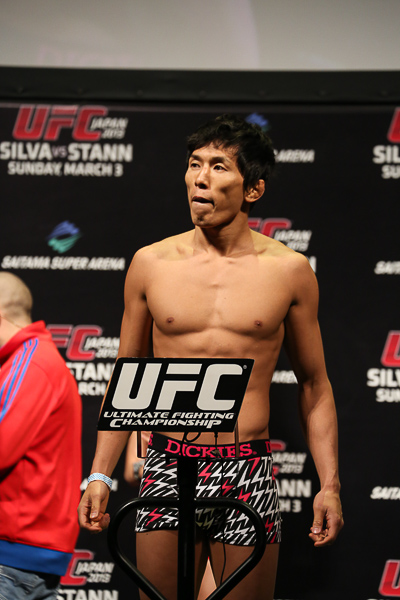 Photo: Taro Irei/Sherdog.com
Mizugaki has won three in a row.
Nobody wants to be known as an also-ran, but I think Takeya Mizugaki was on that undesirable path up until recently.

While his fights never lacked excitement, Mizugaki did lack consistency dating back to his failed World Extreme Cagefighting title bid against Miguel Torres. After the Japanese import alternated wins and losses over the course of nine fights, his job security appeared tenuous, to say the least.

That all changed about a year ago, when Mizugaki kicked off a three-fight winning streak with a unanimous decision win over Jeff Hougland. Hard-fought split decision triumphs over Bryan Caraway and Erik Perez would follow, and Mizugaki’s outpouring of emotion following both victories -- particularly after the Caraway win -- were hard to ignore.

Such a genuine display of pure joy and relief is far less common than post-fight posturing or a shout-out to The God Who Inexplicably Cares About Pro Sports, and I think that makes Mizugaki an easy guy to root for at 135 pounds.


Justin Scoggins and Richie Vaculik are two new additions to the UFC’s burgeoning flyweight roster, and you should watch them.

Vaculik introduced himself to UFC fans during “The Ultimate Fighter: The Smashes,” competing way above his natural weight at 155 pounds and losing to eventual winner Norman Parke in the quarterfinals. Prior to that exhibition defeat, “Vas” had won five straight fights and nine of his first 10. The 30-year-old has also stopped all nine of his career victims, submitting six of them. Scoggins, meanwhile, has never lost as a professional and owns five of his seven victories by way of knockout. I do not want to speak out of turn, but that sounds like some John Dodson-type power.

Which of these men will make a statement during their first appearance in the UFC’s lightest division?


The prelims will feature four fighters with one loss between them in 45 combined outings. I have certainly heard of worse ways to kick off a UFC card.

At middleweight, unbeaten Polish prospect Krzysztof Jotko will battle ex-Bellator MMA talent Bruno Santos. While this one does not figure to be a barnburner considering their finishing rates, it will nevertheless serve as a solid indicator to see which of these men, if either, is ready to compete under the bright lights of the UFC.

Just prior, Canadian finisher Alex Garcia will lock horns with undefeated Aussie Ben Wall. Like Vaculik, Wall enters the Octagon coming off a stint on “The Ultimate Fighter: The Smashes” that saw him eliminated in the Round of 8. Meanwhile, Garcia makes his UFC debut riding a four-fight winning streak. “The Dominican Nightmare” has lost just once in 11 pro outings and has scored nine of his victories inside the distance.

Will any of these Octagon rookies set a fire in their promotional debuts? Get in on the ground floor and watch them to find out.