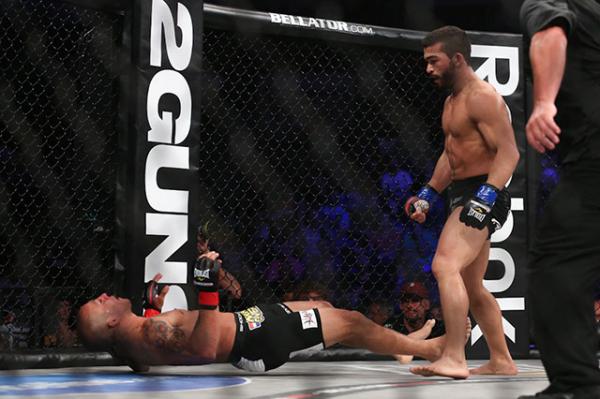 Patricio “Pitbull” Freire has suffered two losses in his career, both by split decision. | Photo: Will Fox/Sherdog.com


Patricio Freire has spent more than a year waiting for another chance.

“Pitbull” will challenge Pat Curran for the Bellator MMA featherweight championship in the Bellator 123 main event on Friday at the Mohegan Sun Arena in Uncasville, Conn. The five-round clash will serve as the sequel to their memorable Bellator 85 encounter, which resulted in a split decision for Curran in January 2013.

A deft counter striker and opportunistic submission fighter, Curran has rattled off 11 wins over his past 13 appearances. The 27-year-old last fought at Bellator 112 in March, when he reclaimed the company’s featherweight crown with a dramatic fifth-round rear-naked choke submission on Daniel Straus; the tapout came with just 14 seconds remaining in the match, with Straus clinging to a lead on the scorecards. Curran has recorded 10 victories since arriving in Bellator in April 2010, second only to reigning middleweight champion Alexander Shlemenko’s 11.

Freire will enter the cage on the strength of a four-fight winning streak. The dynamic 27-year-old Brazilian last competed at Bellator 108 in November, when he stopped Justin Wilcox on first-round punches at the Revel Casino in Atlantic City, N.J. Freire, who has never been finished, has secured 16 of his 21 professional wins by knockout, technical knockout or submission. He holds a 9-2 record in Bellator.

In addition to the Curran-Freire main event, here is what to watch for at Bellator 123:


Sometimes matchmakers leave little to the imagination. See Cheick Kongo and Lavar Johnson, as they do battle in a heavyweight pairing few expect to go the distance.

Since exiting the Ultimate Fighting Championship and touching down in Bellator, Kongo has compiled a 3-1 record, won a Season 9 tournament and fought Vitaly Minakov for the organization’s heavyweight title. However, the French kickboxer turned 39 in May, and one cannot help but wonder how much he has left in the tank. Kongo rebounded from his five-round decision loss to Minakov with a second-round technical knockout against Eric Smith in May. Wins over 2006 Pride Fighting Championships open weight grand prix winner Mirko Filipovic, American Top Team’s Shawn Jordan and “The Ultimate Fighter 10” graduate Matt Mitrione dot his resume.

Johnson, 37, finds himself at a crossroads, having lost four of his past five fights. The heavy-handed Californian has not fought since submitting to a Blagoi Ivanov keylock at Bellator 116 in April. Johnson has gone the distance just once in his 27-fight career and has authored 16 first-round finishes. 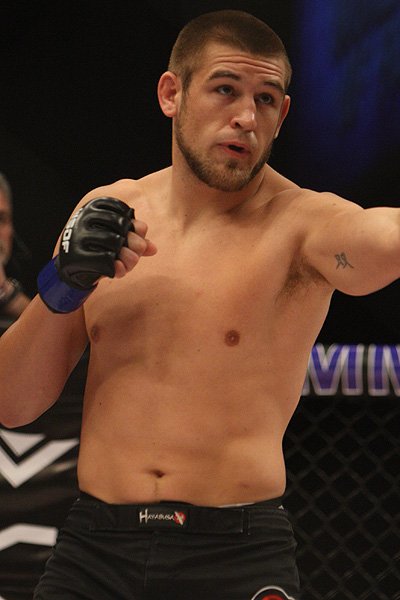 The 26-year-old Finney’s Hit Squad representative will collide with former Strikeforce light heavyweight champion Muhammed Lawal in a 205-pound showcase, filling the spot vacated by an injured Marcus Sursa. Though Jacoby will cross the threshold as a prohibitive underdog, he stands to gain plenty from his nothing-to-lose perch. He has quietly pieced together a 4-1 record since a failed two-fight stop in the UFC, losing only to current World Series of Fighting middleweight champion David Branch.

Lawal, meanwhile, is still seething in the aftermath of his controversial decision defeat to Quinton Jackson at Bellator 120 in May. The American Top Team representative has spun his wheels since capturing Strikeforce gold in 2010, going 5-4 in nine bouts since.

Lashley will make his Bellator debut against journeyman Josh Burns in a featured heavyweight scrap, as he tries to build on a three-fight winning streak and further distance himself from a disappointing decision defeat to James Thompson -- yes, he of exploding ear fame -- in May 2012. Despite skepticism surrounding his MMA pursuits, the 38-year-old has amassed a 10-2 record, including wins over Bob Sapp and Wes Sims. Lashley wrestled collegiately at Missouri Valley College in Marshall, Mo., where he was a four-time NAIA All-American and three-time national champion.

Burns has lost seven of 10 fights since starting his career 5-0.

RETURN OF ‘THE BARN CAT’


Tamdan McCrory was once a hot prospect full of promise.

“The Barn Cat” finished each of his first nine opponents -- a run of success that culminated with a triangle choke submission on Pete Spratt at UFC Fight Night “Fisher vs. Stout 2” in June 2007. However, McCrory alternated wins and losses over his next five outings and disappeared from the MMA scene following a split decision defeat to former Ring of Combat titleholder John Howard at UFC 101. Now 27, the Ithaca, N.Y., native returns to square off with Bellator Season 9 middleweight tournament Brennan Ward.

The twice-beaten Ward failed in his bid to unseat Shlemenko at Bellator 114 in March, succumbing to as second-round guillotine choke from the Russian champion.