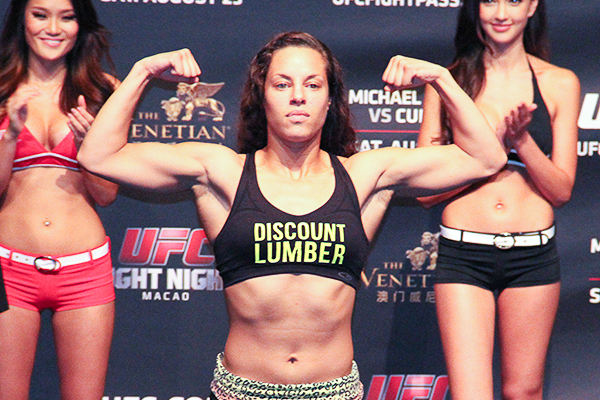 Elizabeth Phillips felt she was robbed in Macau on Saturday. | James Goyder/Sherdog.com


An unnamed judge was relieved of cageside duties following what the Ultimate Fighting Championship deemed as questionable scoring during the two opening bouts of UFC Fight Night "Bisping vs. Le."

The UFC, which serves as its own athletic commission when holding events outside of the United States, made the decision following Milana Dudieva against Elizabeth Phillips and Royston Wee versus Zhuikui Yao. Dudieva defeated Phillips via split decision, while Wee captured a split verdict over Yao.

"Did you ask me sir, if it was true, that a judge was removed?" White said. "Yes, he was. He was involved in the first fight and the second fight. I told the guys to go let him grab some beer and some popcorn and go sit down and start watching some fights, not judging them."

While the judging decision in Wee vs. Zhuikui is much more open to debate, the women’s bout was almost universally panned. Sherdog.com editors Mike Fridley, Brian Knapp and Jordan Breen unanimously scored the tilt 29-28 for Phillips.

Phillips, a loser via split decisions in her only two fights under the UFC banner, took to Facebook to voice her displeasure with the way things went down on Saturday and in general when it comes to the sport of mixed martial arts.

“I got robbed so f–king bad. I hate the UFC,” Phillips said on Facebook. “I was on top dominating all three round elbowing this Russian piece of crap. And they said I lost the split decision. Anybody says that I lost is a piece of crap and will get deleted from my friends list cause I whooped her ass the whole fight. I’m done fighting for awhile cause this is some corrupt s--t.”

While it has yet to be revealed which judge was removed from turning in scorecards after the two opening bouts, Howard Hughes, who is frequently used on cards held recently outside of the states such as UFC Fight Night “Brandao vs. McGregor” and UFC Fight Night “Munoz vs. Mousasi” was the only judge assigned to both of the first two scraps.