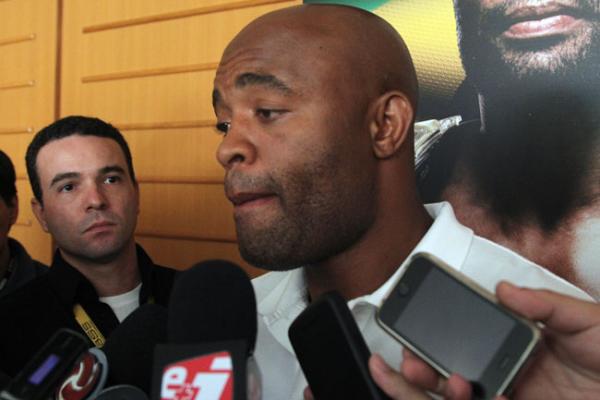 UFC President Dana White announced the news Monday evening to USA Today, revealing that Silva decided to fly home to Brazil instead of meeting with several Los Angeles-based media outlets. According to the report, Silva was supposed to appear on local TV and radio stations, as well as attend a luncheon with more than a dozen newspaper and Internet media members.

Silva will headline UFC 162 opposite Chris Weidman, defending his middleweight title against the American on July 6 at MGM Grand Garden Arena in Las Vegas. The evening’s main card airs live on pay-per-view and will also see Chan Sung Jung collide with Ricardo Lamas in a pivotal featherweight duel. Tickets for the event go on sale Friday, May 10.

Widely recognized as one of the sport’s top pound-for-pound fighters, Silva, 38, has not lost in more than seven years. “The Spider” won the UFC middleweight title in 2006 and has defended it a record 10 times, stopping the likes of Rich Franklin, Chael Sonnen and Vitor Belfort along the way. Silva last competed in October, when he finished light heavyweight veteran Stephan Bonnar with a vicious knee to the body at UFC 153.