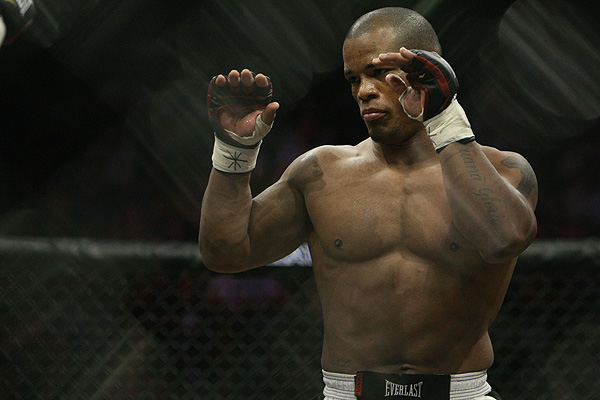 Bellator Fighting Championships CEO Bjorn Rebney now knows what he is up against regarding the UFC’s courtship of Hector Lombard.

The Chicago-based promotion’s founder told Sherdog.com on Wednesday that he recently received a copy of the UFC’s proposed contract to Lombard and will soon make a determination on whether to re-sign the heavy-handed southpaw.

“We’ve received the final proposed UFC agreement from Hector’s attorney, and right now we are in the process of reviewing it to determine whether we’re going to match the agreement,” Rebney told Sherdog.com on Wednesday morning. “We’ve got the 60 pages of UFC contract that were forwarded to us by Hector’s counsel. We’ve been waiting on the actual contract itself to see all of the specifics and every conceivable detail and know exactly what is being offered. Now we have something really specific to look at.”

Bellator’s reigning 185-pound champion, Lombard has looked unstoppable during his three years with Rebney’s organization, winning the company’s inaugural middleweight tournament and posting a perfect 8-0 promotional record since his 2009 debut. Lombard’s contract expired earlier this year and the fighter is currently in a period where he may openly negotiate with rival promotions. However, Lombard is not an unrestricted free agent, as Bellator still has the right to match any competing offer.

“The reality is that Hector is going to do extremely well whether he is fighting in the Octagon or the Bellator circle, and I think everybody knew that. He’s one of the best middleweights on the face of the earth,” Rebney said. “He hasn’t fought in a long time, and he had to wait through these periods contractually to get to a point where he could go out and seek an offer from a competing organization.”

While Bellator still has a period to match the UFC’s offer, Rebney has no desire to drag out the negotiations. Instead, he says that the promotion will make a determination soon to avoid stringing the fighter along.

“Out of respect for Hector, I think we will turn [the UFC contract] around very quickly,” said Rebney. “Obviously, we have a huge event coming up Friday [Bellator 66]. As soon as that is over, we will sit down with our partners and go through the UFC contract line-for-line and make a strategic decision whether we’re going to match it or pass. [If we pass, we will] wish him the best and let him go knock out everybody in the UFC.”