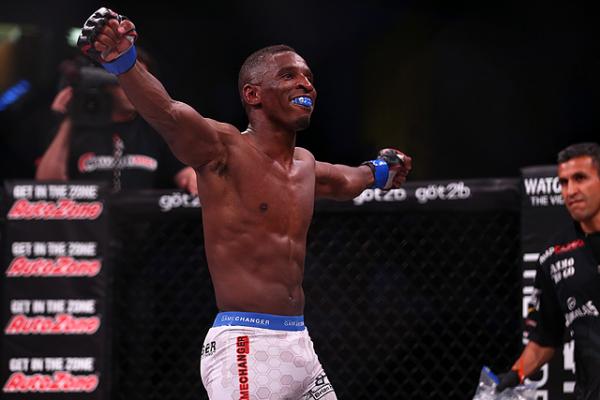 Brian Hall gets his shot at Legacy FC gold on Oct. 17. | Dave Mandel/Sherdog.com


UFC and WEC veteran Damacio Page has a new foe at Legacy Fighting Championship 36 on Oct. 17.

Page was originally scheduled to face Allan Nascimento for the promotion’s vacant flyweight strap, but according to Legacy FC promoter Mick Maynard, a lack of communication between the organization and the fighter forced a change in plans.

“We can’t get any info from him on flights or anything else. They haven’t communicated with us, and we have been trying for weeks,” Maynard told Sherdog.com via email. “It’s crazy.”

As a result, Page will now square off with Brian Hall at the Route 66 Casino in Albuquerque, N.M. Legacy FC 36 is headlined by a heavyweight clash between Cody East and Vernon Lewis.

The 32-year-old Hall is a two-time Bellator MMA veteran with a 7-2 professional record. The Memphis Judo & Jiu-Jitsu representative made his debut with the Texas-based promotion on Aug. 29, taking a unanimous decision over Pedro Souza at Legacy FC 34.