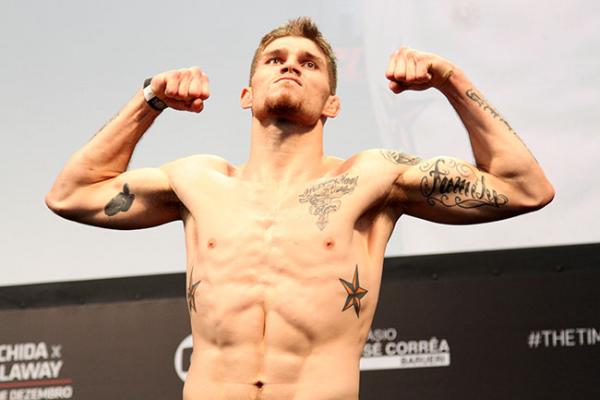 
Injury struck down yet another UFC fighter on Monday, as middleweight Daniel Sarafian was scratched from his June 6 bout against Ricardo Abreu.

The Las Vegas-based promotion today announced that Missourian Jake Collier has verbally agreed to face Abreu at the UFC Fight Night event in New Orleans. The nature of Sarafian’s injury was not specified.

The Fox Sports 1-broadcast card remains without a main event after Louisiana native Daniel Cormier was pulled from his headlining bout with Ryan Bader in order to compete at UFC 187.

A decorated submission grappler, Brazilian jiu-jitsu black belt Abreu holds a 5-0 professional record as a mixed martial artist and has finished all but one opponent inside the first round. “Demente” made his UFC debut last May, submitting “Ultimate Fighter: Brazil 3” castmate Wagner Silva Gomes via rear-naked choke.

Collier will attempt to rebound from a loss in his Octagon debut last December, when he was knocked out by Vitor Miranda in the opening round. Prior to joining the UFC, the 26-year-old claimed the Resurrection Fighting Alliance middleweight title with an upset with over previously unbeaten Gabriel Checco.