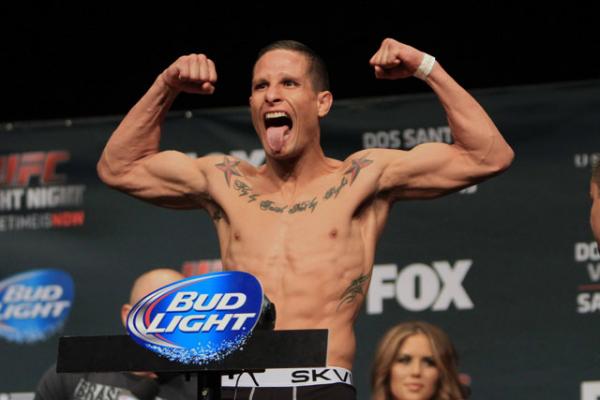 Anthony Birchak is back on track following a loss in his Octagon debut. | Photo: Dave Mandel/Sherdog.com


Anthony Birchak was supposed to face Joe Soto at UFC 177 last August, but when Renan Barao had a bad weight cut, Soto was unexpectedly thrust into a 135-pound title shot against T.J. Dillashaw at the last minute.

As it turned out, perhaps Soto was even more fortunate than he initially realized. Finally given the chance to lock horns with the former Bellator king, Birchak made the most of his opportunity, knocking his opponent out 1:37 into the opening frame of their featured bantamweight encounter at UFC Fight Night “Boetsch vs. Henderson.”

And don’t think for a second that Birchak was unaware that Dillashaw needed more than 22 minutes to get the job done against a common foe in his first title defense.

“This is literally a dream come true. The fight pretty much lived up to my expectations. I wanted to come in and really lay my hands on him. My coach said anytime you put your hands on someone, try to make them dizzy. I wanted to make him dizzy,” Birchak said.

“I know the champ didn't do that. [Dillashaw] did it in five rounds; I did it in one. That was the thing coming into this fight, I was so eager to get my hands on someone, I needed to take my time, be patient and be poised, be mature,” Birchak said. “This is something I just want to do right here: be a bull and come forward. Joe Soto was a world champion. He's fought for gold, so I trained for a champion basically. He brought the best out of me. I’m on cloud nine right now.”

Soto struck first with an overhand right early, but it was all Birchak from there. The Arizonan floored his foe with a right hand, and Soto ate a barrage of Birchak knees, elbows and punches near the fence once he returned to his feet. “El Toro” sealed the deal with an uppercut to the jaw, sending Soto face-first to the canvas, an emphatic ending to a signature performance.

It was Birchak’s fourth career triumph via knockout or technical knockout. All of those victories have come within the last three years.

“I remember him ducking in under my left hook. As he came out, I threw my right, and I caught him right on the button and he dropped. Once I saw he recovered, he got me in heel hook position, so I made sure I got out quickly and got back in, I finished up with some solid punches,” Birchak said. “I started out just submitting people. My first five fights were all finished by submissions. I realized my weakness was striking, so I worked on that and started knocking people out. These strikes weren’t an accident.”

With his first Octagon win in the books, Birchak already has an idea of who he’d like to fight next.

“I really want to be in the top 15. I know I can compete with any of those guys, and I know I’m a good matchup for any of them up there,” he said. “I’ve met so many great people in this sport and in my weight class, so it sucks to call people out, but anyone in the top 15. Me and Aljamain Sterling were talking on Twitter, so I’d like to fight him once he’s better.”