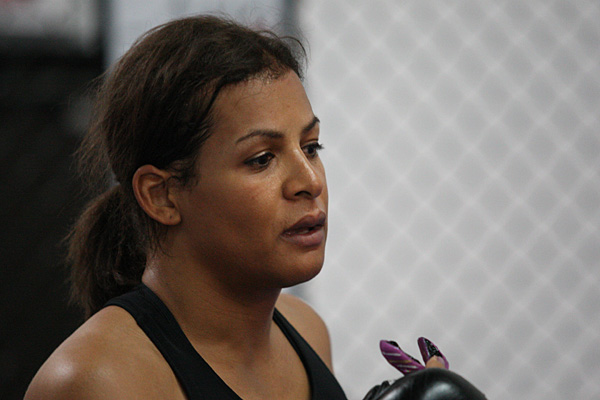 Transgender fighter Fallon Fox will return to the Championship Fighting Alliance cage on Oct. 12 when she squares off with Ashlee Evans-Smith in the CFA women’s featherweight tournament finals.

The booking was announced Friday night during AXS TV’s “Inside MMA.” The channel will also broadcast the CFA 12 main card, which is expected to take place at BankUnited Center in Coral Gables, Fla. Though CFA officials have not yet announced either the fight or the event specifics, the winner of the featherweight tournament stands to earn $20,000.

Known as “The Queen of Swords,” Fox’s status as a male-to-female transgender fighter became public earlier this year prior to her tournament semifinal victory over Allanna Jones this past May at CFA 11. The 37-year-old underwent gender reassignment surgery in 2006 and completed the subsequent hormone therapy before beginning her MMA career last year. Fox, who holds a perfect 3-0 record, initially saw her fight license placed under investigation in Florida but was later cleared to compete.

Evans-Smith, meanwhile, has competed just once as a professional, making her debut on March 2 at CFA 10 after losing four of her final five fights as an amateur. The 26-year-old halted that skid in her pro foray, however, taking a unanimous decision from Tori Adams in the opening round of the CFA tourney. Evans-Smith was then expected to fight in the round of four at CFA 11 but instead moved on to the finals by default after opponent Anna Barone could not make weight.