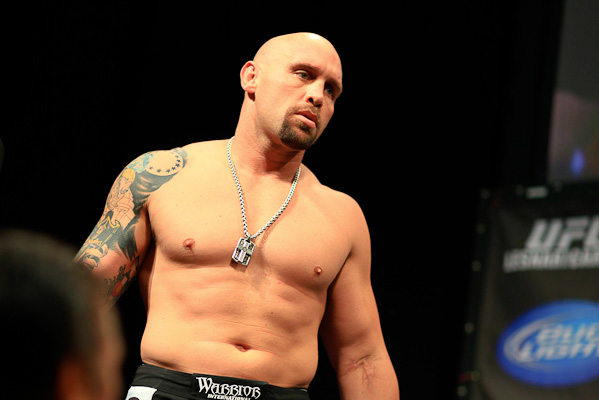 Carwin has battled injuries over the last two years and has not competed since June 2011, when he was outpointed by Junior dos Santos in a one-sided showdown at UFC 131. The heavyweight underwent back surgery following his loss to “Cigano” and was selected the following year to host “The Ultimate Fighter” Season 13 opposite Roy Nelson. However, that pairing was not to be, as Carwin suffered a knee injury that knocked him out of the show’s live finale.

Known for his elite punching power, Carwin began his pro career in impressive fashion, knocking out his first 12 opponents inside the first round. The 38-year-old made his Octagon debut in 2008 and rattled off three victories before stopping Frank Mir to win the UFC interim heavyweight championship at UFC 111.

Carwin then nearly became the undisputed champion in July 2010 after dropping Brock Lesnar in the first round of their UFC 116 conflict. However, Lesnar managed to survive an onslaught of ground-and-pound and submitted a fatigued Carwin in the second round, ending his bid to become undisputed champion. Carwin now retires with a career record of 12-2, earning seven of his victories by knockouts and five via submission.