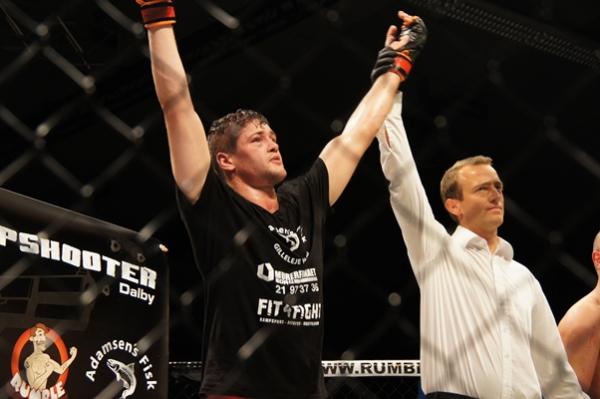 
Former Cage Warriors welterweight champion Nicolas Dalby will be back in action, back in the country where he won the title.

The 33 year-old “Lokomotivo” was announced as part of the Cage Warriors 96 card on Sept. 1 at the Echo Arena in Liverpool, UK. Dalby’s last appearance was an incredible three-round war with Carlo Pedersoli at Cage Warriors 96 in April, which the victorious Pedersoli used as a springboard to a contract with the Ultimate Fighting Championship. Dalby, meanwhile, steps back into the cage looking to overturn a three-bout skid that includes the Pedersoli fight as well as two consecutive losses to end his own four-fight UFC run.

In the main event of CW96, local Liverpool hero Paddy Pimblett will vie for lightweight gold against Soren Bak. In the co-feature, Lee Chadwick and Jonas Billstein will battle for the middleweight strap.