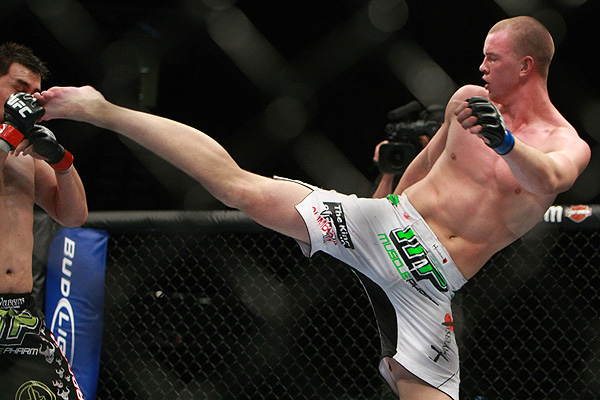 Heavyweights Stefan Struve and Mark Hunt will collide at UFC on Fuel TV 8.

The March 3 event takes place at Saitama Super Arena in Saitama, Japan, though the promotion has yet to officially announce any matchups for the show. The evening’s main draw airs live on Fuel TV, while the preliminary card streams immediately prior on Facebook. MMAWeekly.com first reported the pairing on Monday, and Sherdog.com confirmed the booking with a source close to the bout this afternoon.

Struve, 24, has won seven of his last eight and four straight fights heading into his collision with Hunt. Known as “Skyscraper,” the 7-foot Dutchman was perfect in 2012, stopping onetime EliteXC talent Dave Herman with punches to begin the year before submitting former Strikeforce competitor Lavar Johnson with an armbar this past May at UFC 146. Most recently, Struve earned his seventh victory by way of knockout, finishing Stipe Miocic with a flurry of blows on Sept. 29 at UFC on Fuel TV 5.

Hunt, meanwhile, rides a three-fight winning streak into the contest, most recently knocking out hard-hitting Frenchman Cheick Kongo last February at UFC 144, which also took place at the Saitama Super Arena. The former Pride Fighting Championships staple made quite an about-face last year, besting Chris Tuchscherer and Ben Rothwell after losing his previous six fights dating back to July 2006.