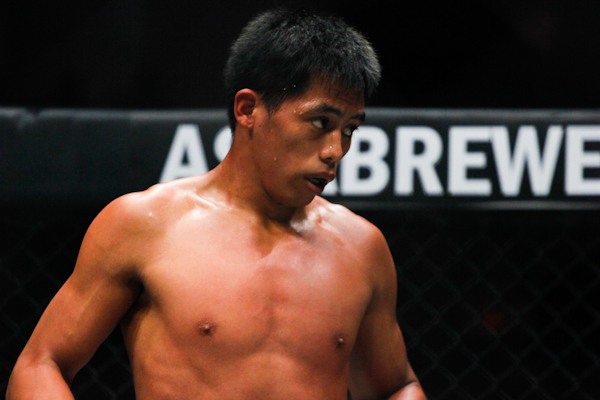 Honorio Banario will defend his One Fighting Championship featherweight title against Bae Young Kwon at One FC 9, according to a report by Reuters.

Former Dream champ Bibiano Fernandes and Filipino star Eduard Folayang are scheduled to compete against as-yet-unnamed opponents on the May 31 card, which takes place at Mall of Asia Arena in Pasay, Philippines. One FC last visited the Philippines in August.

Banario became the promotion’s inaugural 145-pound king at One FC 7, earning a fourth-round TKO over countryman Eric Kelly in February. The 23-year-old suffered the only loss of his nine-bout career to Kwon at One FC 2, falling to the South Korean via rear-naked choke in 56 seconds.

A veteran of Shooto and Road FC, Kwon had a three-fight winning streak stopped by Kelly in his last outing at One FC 4. Before the loss to Kelly, Kwon had bested Kyung Ho Kang, Brian Choi and Banario in his previous three bouts.

Fernandes has been victorious in his last five outings, most recently submitting Yoshiro Maeda in the first round of their Dream 18 encounter. The Brazilian last appeared under the One FC banner in August, when he took a unanimous verdict over Gustavo Falciroli.

Folayang is 1-1 in a pair of One FC bouts, having dropped a split decision to Ole Laursen in March before taking a unanimous verdict over Felipe Enomoto in August. Most recently, Folayang fell to underdog Lowen Tynanes via first-round TKO at URCC 22 in December.