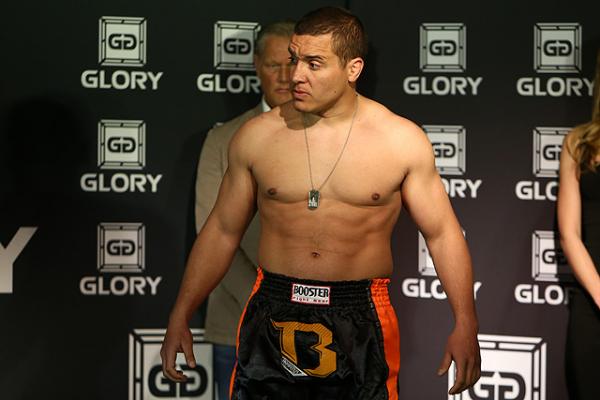 
Glory World Series will hold its first event in the Middle East on April 3 when the kickboxing promotion presents Glory 20 in Dubai.

The card was announced via press release on Tuesday and will take place at Dubai World Trade Centre.

In the main event, Gabriel Varga will face Mosab Amrani for the promotion’s vacant featherweight title. Former UFC heavyweight fighter Pat Barry will also be in action against Mourad Bouzidi.

Varga earned his title shot by winning Glory’s four-man featherweight contender tournament at Glory 17 in Los Angeles, defeating Yodkhunpon Sitmonchai and Shane Oblonsky via decision. Amrani has not fought for the promotion since December 2013, when he bested Yuta Kubo via unanimous decision at Glory 13.

Since deciding to take leave from mixed martial arts in order to focus on kickboxing, Barry has competed twice, finishing Ed Burris at Combat Sports Challenge 39 before being knocked out by Zack Mwekassa at Glory 16. “HD” is already slated to compete at Legacy Fighting Championship’s inaugural kickboxing event on Jan. 16 against Demoreo Dennis.

Bouzidi most recently fought at light heavyweight, but returns to the heavyweight division against Barry for the 101st fight of his kickboxing career.