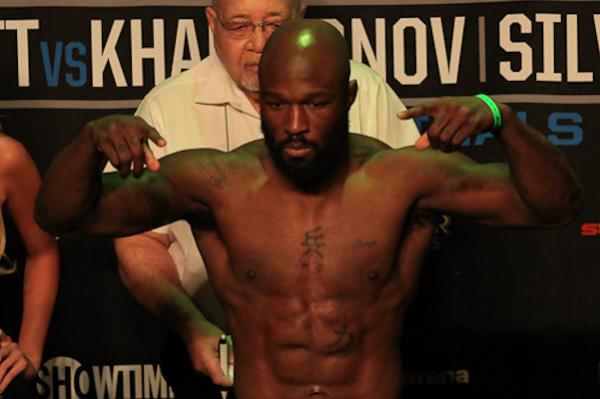 The Nevada State Athletic Commission voted on Tuesday to place a nine-month suspension on former Strikeforce light heavyweight champion Muhammed Lawal after the fighter tested positive for an anabolic steroid in his last fight.

NSAC Executive Director Keith Kizer confirmed the news with Sherdog.com this morning. Kizer initially announced back in January that Lawal had tested positive for Drostanolone following his second-round knockout of Lorenz Larkin at Strikeforce “Rockhold vs. Jardine” on Jan. 7. Lawal’s suspension will be retroactively applied from the date of the bout, the result of which has been changed to a no contest. Lawal was also fined $39,000 in addition to his suspension, as 30 percent of his fight purse and his entire win bonus were forfeited. The fine represents a considerable payday deduction for “King Mo,” who made a total of $95,000 for the bout.

The American Kickboxing Academy standout has previously commented on the situation in the media, stating that an over-the-counter supplement was the culprit behind his positive test. While Lawal’s explanation that he had unknowingly ingested the banned substance to help heal a knee injury was taken into consideration by the commission, it ultimately did not prevent the NSAC from delivering its final ruling.

Lawal’s aforementioned knee injury has caused the fighter serious physical hardship in recent weeks. After the former champion underwent surgery to repair a torn ACL, he contracted a serious staph infection. Following several procedures to combat the dangerous infection, Lawal is now in much better health.

Beaten just once in over three years as a pro, Lawal posted seven consecutive victories to begin his career before losing his Strikeforce title to Rafael Cavalcante in August 2010. The former NCAA Division II wrestling standout competed just once last year, knocking out Roger Gracie in 4:37 on Sept. 10.