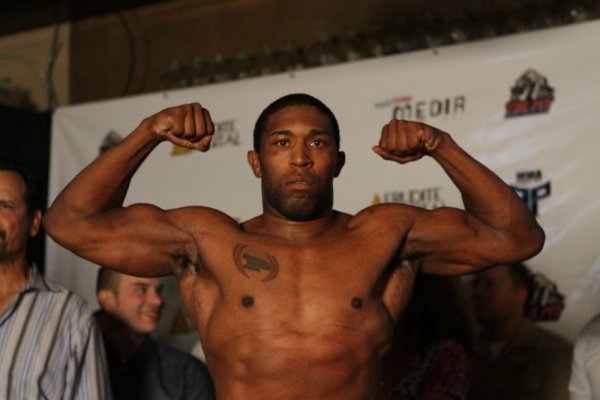 A warrant has been issued for the arrest of welterweight mixed martial artist “Slick” Willie Parks, according to a report from the Albuquerque Journal.

An Albuquerque, N.M., resident who previously trained at Jackson’s MMA, Parks, 28, is wanted by the Albuquerque Police Department for allegedly beating his pregnant girlfriend. According to the Albuquerque Journal report, the woman suffered a broken nose, a concussion and a miscarriage as a result of the alleged July 29 incident.

The felony warrant for Parks’ arrest was issued on Aug. 8, according to the Bernalillo County Metropolitan Court website. The fighter is officially wanted for aggravated battery against a household member. The U.S. Marshals Service has also joined in the search for Parks, whose whereabouts are unknown, according to the Albuquerque Journal.

In nearly two years as a professional, Parks racked up a career mark of 5-2, last competing on March 31 in El Paso, Texas. A former junior college and NAIA national champion wrestler, Parks began training for mixed martial arts in 2009 and joined Jackson’s MMA the following year, serving as the wrestling coach before reportedly parting ways with the gym earlier this summer.

Jackson’s MMA general manager Ricky Kottenstette told Sherdog.com that he relieved Parks of his coaching position at the gym when the fighter was either late or failed to show up at all to fulfill his duties. Kottenstette said he believed Parks had left to try out for the upcoming season of “The Ultimate Fighter” on FX but hadn’t seen the fighter in approximately two months.

“We severed ties with Willie two months ago,” Kottenstette said. “We heard that he got on ‘The Ultimate Fighter,’ but obviously he didn’t. We are assisting the U.S. Marshals as much as we can to help bring him to custody.”