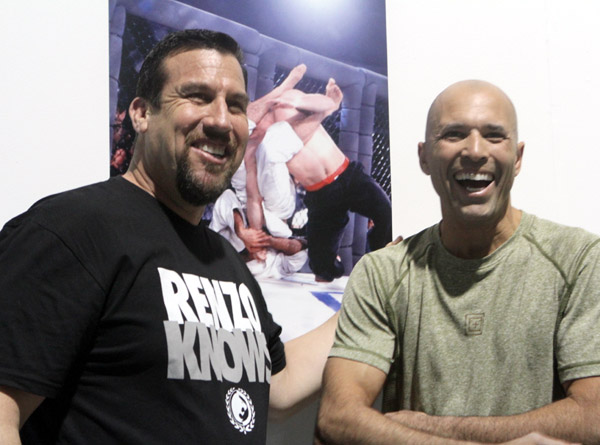 Here are just a few of the anecdotes he shared with host Jack Encarnacao:

Gentry on UFC 2 and what happens when referees can’t intervene: “For the second event, [John McCarthy] was asked to be the referee but was told he cannot stop a fight on his own accord. … I think the fight with Orlando Wiet really stands out because Orlando Wiet [was] a competitive muay Thai kickboxer and had obviously spent his time in the ring. Basically at one point he thought enough was enough and even turned around and held up his hands [after battering his opponent]. Everybody was like, ‘No, you’ve got to keep on going.’ He just kind of looked like, ‘Are you serious?’ and kind of went back with the elbows and knees and everything else. You saw a lot of that really in that second event. John wasn’t really able to do things he certainly wanted to do, but of course he threatened that he would never have anything to do with the event again if he couldn’t basically make those tough decisions.”

On how wild UFC 3 was: “You had Ken [Shamrock] dropping out, so he didn’t really lose, and you had Royce [Gracie] dropping out, and he didn’t really lose, and you had this tremendous force with Kimo and then you had this police officer [Steve Jennum] come out of nowhere -- you couldn’t make this stuff up. It was really, really incredible just how that whole event came together. There were arguments and all kinds of stuff going on in the street. I remember Art Davie nearly getting into a fight with Joe Son. … A lot of the stuff that Joe Son was doing, jumping up and down and just acting like a jackass, Relson [Gracie] nearly got into it with him several times out in the hallway.”

On Kimo walking to the Octagon with a cross on his back and whether that was SEG’s idea: “In fact it wasn’t. I did talk with several people and Art [Davie] would always remember -- he said this box showed up. He was like, ‘What is this? Is this something Michael Pillot put together as far as the production?’ … It was just a box and it was something for Joe Son. They said it was some extra gear, and no one really knew what it was until [Kimo] finally walked out there with the cross on his back … . It was actually not hatched by SEG, but of course they loved it and the audience kind of fell in love with it.”

On why Royce Gracie entered the Octagon against Harold Howard instead of calling off the fight beforehand: “He’s still under the control of Rorion [Gracie]. He’s got Relson, who’s obviously pushing him. He’s also going through with the fact that he didn’t have Rickson and didn’t have Royler there. Obviously everybody’s expecting him to come out. He had everything basically saying, ‘You’re going to go out there.’ I remember him telling me … he got in there and said, ‘I want some watermelon juice,’ and no one would bring him the watermelon juice. He was frustrated over the fact like, ‘Look, guys, I’m in here. I’m going to fight, but you’re not helping me.’ In addition to that, he couldn’t see. He was starting to get déjà vu and his mobility was off. I think he didn’t have the right fluids in his system. Nobody was trying to help him with that, and then there was a conversation with him and John McCarthy. John, of course, had trained under Rorion. He knew Royce really well and he knew there’s something off here. … He didn’t have the fluids, no one was helping him out, he didn’t have the mobility, and John called it off.”