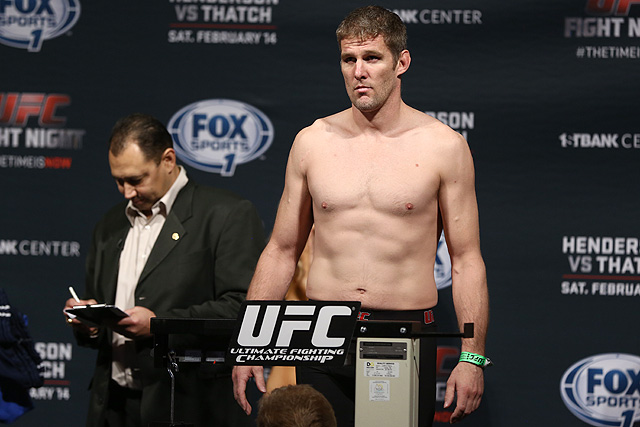 Daniel Kelly will have to prepare for a new opponent at UFC 193. | Dave Mandel/Sherdog.com


Steve Montgomery has replaced the injured Ricardo Abreu and will face Daniel Kelly at UFC 193 on Nov. 14.

The promotion confirmed the change to the middleweight contest following an initial report from the Herald Sun. UFC 193 takes place at Etihad Stadium in Melbourne and is headlined by a women’s bantamweight title showdown between Ronda Rousey and Holly Holm.

A competitor on Season 21 of “The Ultimate Fighter,” Montgomery dropped his promotional debut to Tony Sims at UFC Fight Night “Machida vs. Romero.” The loss snapped a five-fight winning streak for the American Top Team-based fighter, who owns an 8-3 career mark.

Kelly, meanwhile, suffered the first loss of his professional tenure at UFC Fight Night “Miocic vs. Hunt” on May 10, when he suffered a 49-second technical knockout loss to Sam Alvey. The Olympic judoka is 9-1 overall, including Octagon triumphs over Patrick Walsh and Luke Zachrich.