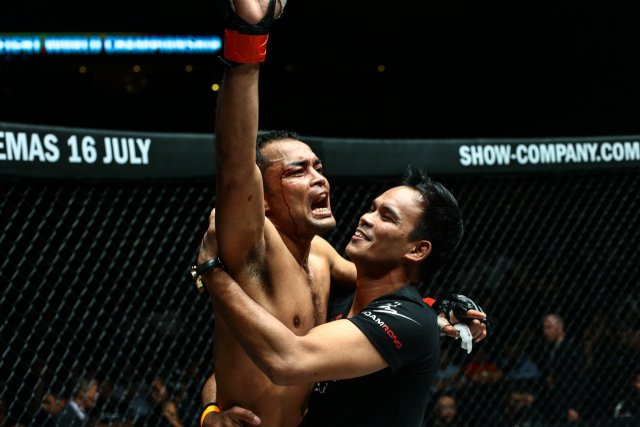 
Singapore-based MMA promotion One Championship announced Friday morning the addition of five bouts to its ”Pride of Lions” card, which is slated to be held at the Singapore Indoor Stadium on Nov. 13.

One strawweight champion Dejdamrong Sor Amnuaysirichoke will defend his title against Brazilian Yago Bryan De Morais in what will be the event’s co-feature. Sor Amnuaysirichoke is a former Lumpinee Stadium champion and has yet to taste defeat as a pro in MMA. Amnuaysirichoke has finished four of his five triumphs by knockout, technical knockout or submission..

Anchoring the event is the welterweight championship bout between titleholder Ben Askren and Luis Santos.