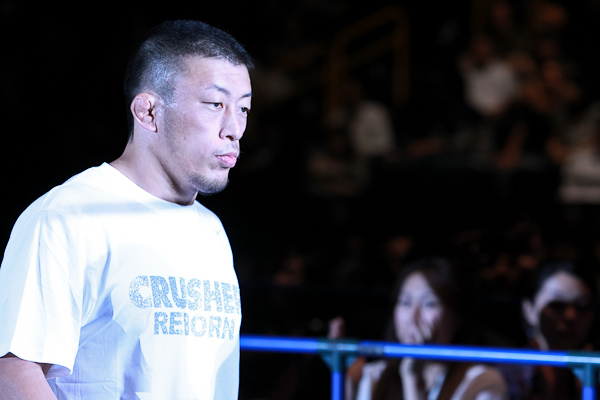 One FC 3 “War of the Lions,” which will take place March 31 at Singapore Indoor Stadium in Kallang, Singapore, is headlined by a lightweight clash between Felipe Enomoto and Zorobabel Moreira. In another featured bout, former Shooto welterweight king Tatsuya Kawajiri will lock horns with an as-yet-to-be determined opponent at featherweight.

Enomoto last appeared at One FC 2 “Battle of Heroes,” where he submitted Laursen with a rear-naked choke in the evening’s main event. The win stopped a two-fight skid for the Swiss Japanese fighter, who had fallen to Gor Harutunian in July and Rich Clementi in December 2010.

A Brazilian jiu-jitsu blackbelt, Moreira has won five of his six professional fights. He was victorious twice in 2011, defeating Ferrid Kheder by unanimous decision in June before scoring a technical knockout of “TUF 5” alumnus Andy Wang at One FC’s initial event in September. “Zorro” has dispatched four of his five victims by knockout, technical knockout or submission.

A 39-fight veteran, Kawajiri is currently on a three-fight winning streak, with victories over Drew Fickett, Joachim Hansen and Kazuyuki Miyata to his credit. “Crusher” last tasted defeat against Strikeforce lightweight champion Gilbert Melendez in April, falling prey to elbows from “El Nino” in the opening round.

One FC debuted on Sept. 3 in Signapore, while its sophomore voyage took place at the Kelapa Gading Sports Mall in Jakarta, Indonesia, on Feb. 11. In November, the organization announced a partnership with the Japanese-based Dream promotion. The two organizations are tentatively expected to co-promote the March 31 card, along future events that take place in Japan, but it is unclear whether the anticipated joint venture is still part of the plan.