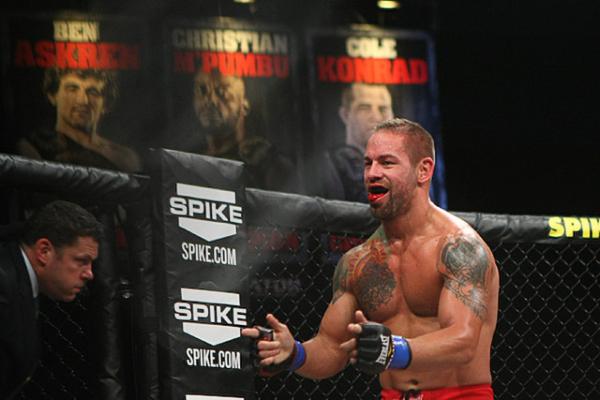 The lightweight Monday announced the news on his Facebook page, and Sherdog.com today verified his retirement with his manager, Monte Cox.

"I can honestly say that Rich was one of the easiest fighters to book that I've ever managed. He has this great drive to compete and always puts on exciting fights. He took tough fights just because nobody else wanted them. Promoters all over the world were excited to get him on their cards, which made my job a lot easier,” Cox told Sherdog.com on Tuesday. "I managed Rich for 12 years, booking him 54 fights. He was a true professional; he got his paperwork and medicals done on time, made weight and fought as hard as he could. He started out as one of my fighters and became one of my good friends. I don't think we ever even had an argument."

Clementi, 36, began his pro career in 1999 and made his first UFC appearance in 2003. After parting ways with the organization after just one bout, the 68-fight veteran rejoined the Las Vegas-based promotion three years later and made his last appearance with the company in 2009 after racking up a 5-5 Octagon record.

“I guess this day had to come sometime. [I] just wish it could have been on my terms, but then again, we all know that wouldn't have happened because I would have always wanted just one more time under those lights,” Clementi wrote on his Facebook page. “I am so grateful for the things this sport has taught me -- the friends, experiences and most of all learning who I am. I am so lucky I have a platform to share these experiences and help others try to reach their dreams.”

Following his time in the UFC, the New Jersey native competed mostly on the local circuit, save for a May 2011 appearance in Japan against Shinya Aoki under the Dream banner. Most recently, Clementi entered Bellator’s Season 7 lightweight tournament, outlasting previously unbeaten Russian prospect Alexander Sarnavskiy in the quarterfinals before running into Polish prospect Marcin Held in the semis this past Friday. Held snatched a toe hold in the second frame of that Bellator 81 headliner and forced the vet to tap out midway through the round.

Clementi told Sherdog.com that his left ankle had been injured for about two years before Held cranked on it in both the first and second rounds, with the final submission attempt also damaging his knee. Clementi recently underwent an MRI and says he will need to undergo surgery to repair the damage.

“My tendons are ripped on the outside of my foot, and because they have been stretched for so long, my socket is pitted and will have to be filled and repaired, as well,” Clementi told Sherdog. “I didn’t know, but I also found out I had ACL failure on the knee I had surgery on a few years back. [I will have a] 12- to 14-month recovery.”

Clementi, who trains out of Team Voodoo in Slidell, La., leaves the sport with a record of 45-22-1, having finished 27 of his conquered foes via submission. “No Love” holds notable victories over Sam Stout, Melvin Guillard and Anthony Johnson and competed against the likes of Gray Maynard, Din Thomas, Caol Uno and Yves Edwards during his 10-fight UFC career.

“I am very excited to see what the future has in store for me,” Clementi continued. “I will update my condition when my MRI comes back. [My doctor] said my body has been around the block a few times. I can only smile.”