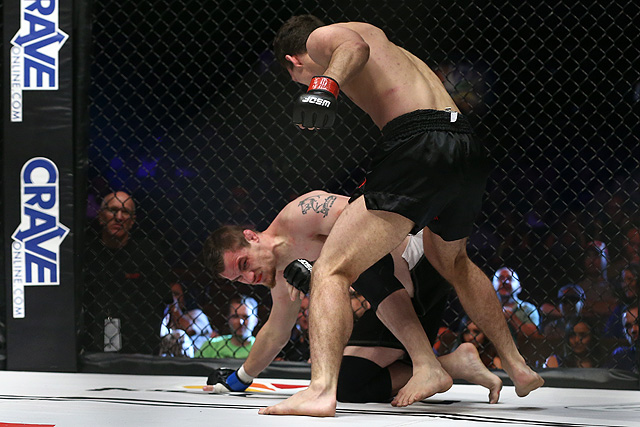 Eric Regan was put down in violent fashion on Saturday. | Photo: Dave Mandel/Sherdog.com


Eric Regan, a 40-fight pro who lost for the eighth time in nine bouts at WSOF 19 on Saturday, has been recommended to “stop competing” by the Arizona MMA and Boxing Commission following a second-round knockout loss to Matthew Frincu.

The AMBC on Tuesday released medical suspensions from WSOF 19, which took place at Comerica Theatre in Phoenix, to Sherdog.com.

A longtime Rage in the Cage veteran, Regan was battered by Frincu in a lopsided opening stanza before a left high kick knocked the Arizonan out cold to end the welterweight contest 14 seconds into round two. It was the fourth loss via KO or TKO for Regan since his professional career began in 2006.

WSOF 19 was headlined by a lightweight title contest between Justin Gaethje and Luis Palomino. Gaethje retained his 155-pound strap via third-round TKO in a back-and-forth slugfest. The Grudge Training Center product received a 45-day suspension for injuries to his right eyebrow and right foot and must have X-rays before being cleared to compete. Palomino received a 60-suspension for his TKO defeat; he must have medical clearance on his left knee, ankle, thigh and right hand.

Joe Madrid: 45-day suspension due to cut on forehead