The undefeated Gaethje cut down Luis Palomino with third-round leg kicks and subsequent ground-and-pound in the WSOF 19 headliner on Saturday at the Comerica Theatre in Phoenix. Palomino (23-10, 2-1 WSOF) met his end 3:57 into round three.

Neither man backed down in an amazing first round that featured a little bit of everything. Gaethje (14-0, 7-0 WSOF) fired all his weapons at the challenger -- including a standing rear-naked choke takedown and a cartwheel kick -- but Palomino stood his ground; at one point, he sent the champion’s mouthpiece flying. His resolve seemed to pay off in round two, where he blasted Gaethje with repeated left hooks and opened a cut above his right eye. Fatigue, however, began to impact both lightweights.

At the start of the third round, the leg kicks in which Gaethje had so heavily invested started to pay dividends. Palomino twice went to the ground after shin-to-thigh contact. Following the second knockdown, Gaethje made sure he would not get up, uncorking punches and Donkey Kong hammerfists until the stoppage was called. 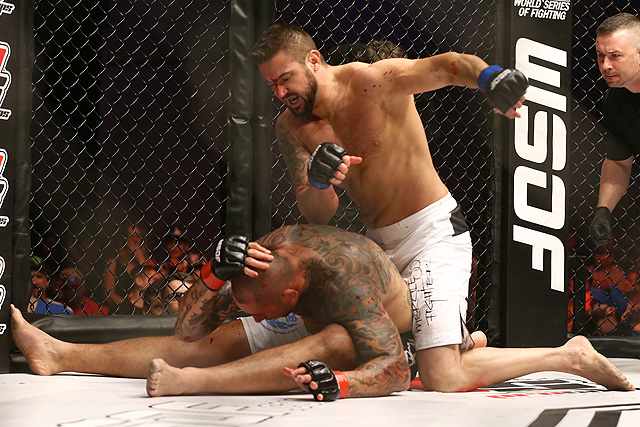 (+ Enlarge) | Photo: D. Mandel/Sherdog.com
Teddy Holder put himself on the map
with a short-notice TKO of Silva.
Teddy Holder sprang the upset in the WSOF light heavyweight tournament semifinals, as he disposed of Ultimate Fighting Championship castaway Thiago Silva with first-round punches and hammerfists. Silva (16-4, 0-1 WSOF) wilted 2:00 into round one, his organizational debut spoiled in shocking fashion.

Holder (9-1, 1-0 WSOF) walked through the Brazilian’s kicks and fired short, crisp punches in combination. Silva staggered him with a right hand, but the Tennessean recovered quickly and responded in kind. Holder leveled the Blackzilians rep with a right hook, jumped into top position and closed the deal on the ground.

On an eight-fight winning streak, Holder will meet the winner of the April 10 semifinal between David Branch and Ronny Markes for the vacant World Series of Fighting light heavyweight title. 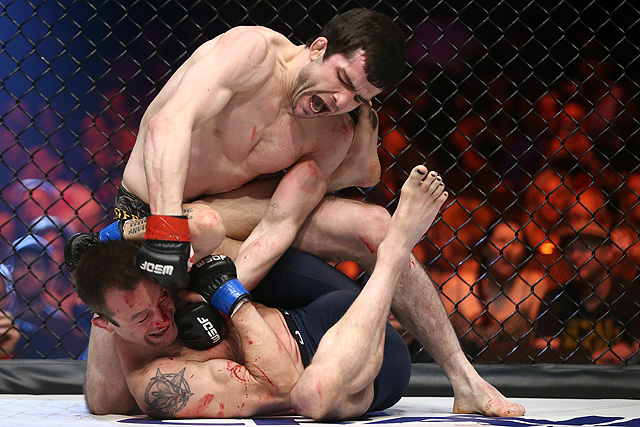 Valiev (9-1, 3-0 WSOF) was dominant from the start. The Dagestani prospect floored West with an overhand right, sprawled out of a desperate takedown attempt and trapped the Apex MMA product on the feet. Valiev closed the distance and drove his counterpart back to the canvas with a volley of savage knee strikes and standing elbows.

The 25-year-old Valiev has rattled off nine straight wins. 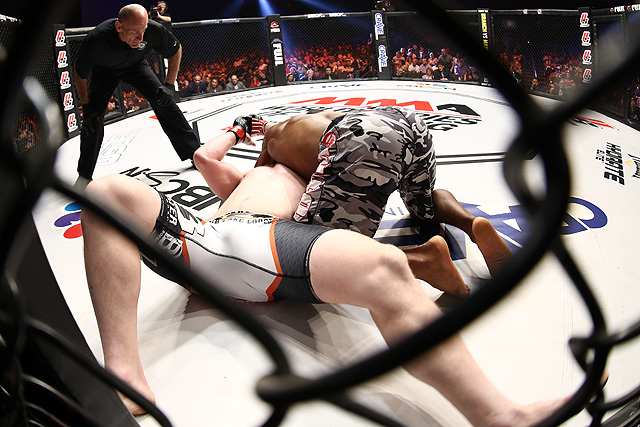 Starks (11-2, 1-0 WSOF) leaned on a sneaky left hand and repeated takedowns, as he gradually chipped away at the American Top Team export. Heun was the aggressor on the feet -- his kicks were particularly effective -- but lacked the wherewithal to remain upright.

In the second round, Starks struck for another takedown, softened the Alaskan with punches and moved into position for the choke. He then passed guard and slid to side control for the finish. 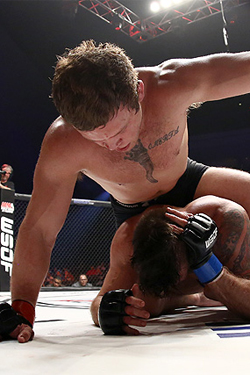