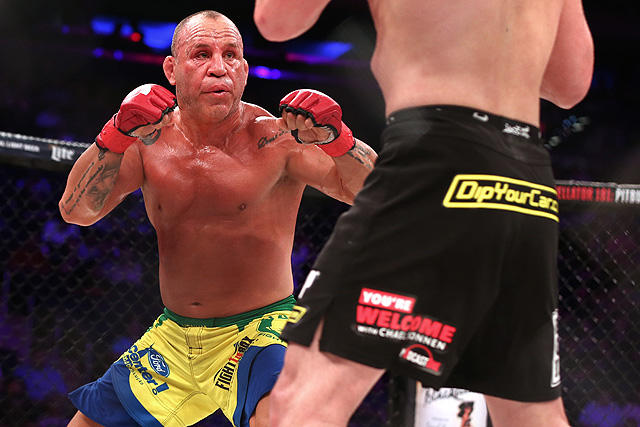 Tyson later revealed that his comeback plan was to have some exhibition bouts and donate the money raised to “COVID causes.” Shortly thereafter, Evander Holyfield began training as well, sparking rumors of a third bout between the two rivals.

While that could still be in play, another possibility for Tyson’s return was revealed over the weekend, when Bare Knuckle Fighting Championship president David Feldman revealed to MMAFighting.com that his organization had offered “Iron Mike” $20 million to compete, with Wanderlei Silva as a potential opponent. Tyson said no to the initial proposal, but Feldman expressed confidence in his ability to get the deal done with additional incentives.

Silva, the other half of that pairing, confirmed to Sherdog.com that he has already accepted a lucrative offer from the BKFC.

"They offered me $10 million plus pay-per-view percentage and I accepted immediately. I hope Feldman can make it happen,” said Silva, who at 43 years old is a decade younger than Tyson.

Kings MMA coach Rafael Cordeiro, who held pads for Tyson in the video and discussed the experience with Sherdog.com, isn’t confident a showdown with “The Axe Murderer” will come to fruition.

"I didn’t get any calls from Wand or Tyson, but as far as I know that fight won't happen,” Cordeiro said. “Tyson is training to make a boxing fight — with gloves. It is hard to comment about rumors.”

BKFC is hoping to resume its event schedule on June 26 with newly implemented safety measures to combat the COVID-19 pandemic. A location has not been announced for the card.
« Previous Tito Ortiz Claims He’s Been Contacted About Potentially Fighting Mike Tyson Next Exclusive: Wanderlei Silva on Potential Mike Tyson Fight »