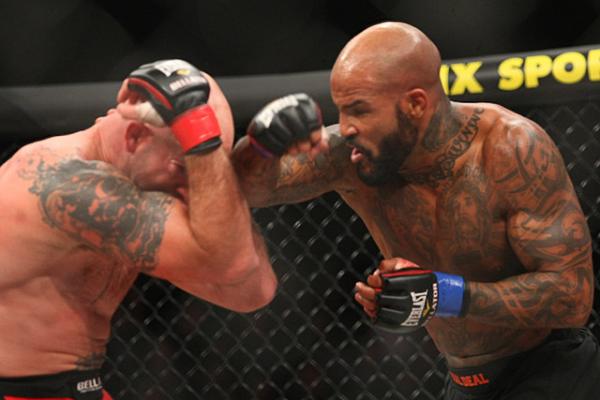 
Ryan Ford and Joel Powell will compete for the World Series of Fighting Canadian welterweight title on Feb. 21.

WSOF officials announced the pairing on Tuesday, revealing that the contest will top the promotion’s second Canadian show from the Edmonton Expo Centre in Edmonton, Alberta. The event airs live on NBC Sports Network, and the prelims stream live on Sherdog.com.

Ford rides a five-fight winning streak into his WSOF foray, capturing the defunct Aggression Fighting Championship welterweight title in a July 5 showing against countryman Michael Hill. “The Real Deal” choked out “The Ultimate Fighter” alum in the fifth round of their title tilt, forcing Hill to tap out with just 28 seconds remaining in the bout.

Like his opponent, Powell also last competed against Hill, taking a split decision from “The Messenger” this past May at AFC 18. The 33-year-old Ontario resident has won six of his last seven bouts and owns five of his seven career wins by either knockout or submission.