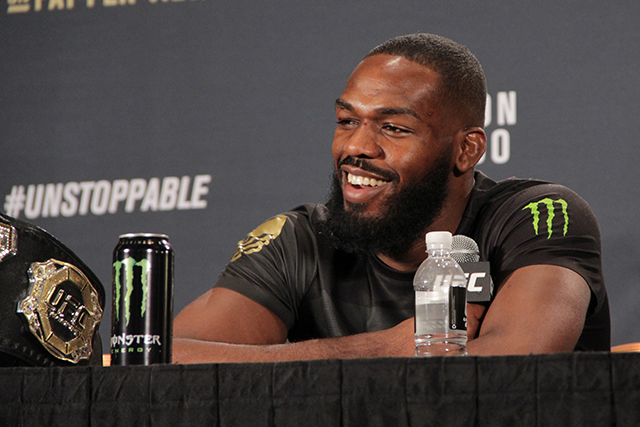 Let UFC 197 serve as a reminder that divisional leaders can rise and fall without ever relinquishing their alpha dog status.

The sport's greatest fighter, Jon Jones, returned from a 15-month absence on April 23 to face late replacement Ovince St. Preux, and while Jones was dominant, the ring rust was obvious for “Jonny Bones.” Despite winning in a blowout and no one questioning his status as the top light heavyweight in the world, many have still questioned Jones' mantle as a result of his performance.

Meanwhile, UFC flyweight champion Demetrious Johnson handled business in the way that the MMA masses expect from a pound-for-pound king, thrashing Olympic freestyle wrestling gold medalist Henry Cejudo inside of one round. Johnson's stranglehold on the 125-pound division could not be any tighter, yet in the wake of his performance, if there were a way to rank him any higher in the division, the sentiment would be unanimous.

UFC 197 was not all about divisional rulers reasserting their dominance, however. Inaugural UFC strawweight champion Carla Esparza made her return to action with 30-27 scorecards against Juliana Lima, reclaiming her spot in the top 10 after exiting due to inactivity following shoulder surgery.

There were rankings climbers, too. Edson Barboza has become a staple of the incredibly deep lightweight rankings, but the Brazilian was not content to settle. At UFC 197, Barboza dominated former UFC lightweight champion Anthony Pettis from start to finish, earning the biggest win of his career, as well as the sort of W that propels a fighter up the rankings in MMA's most competitive division. Meanwhile, “The Ultimate Fighter: The Smashes” winner Robert Whittaker earned the most significant win of his own young career, absorbing heavy leg kicks from Rafael Natal to earn a hard-punching unanimous decision that sees “The Reaper” make his first top 10 appearance at 185 pounds.